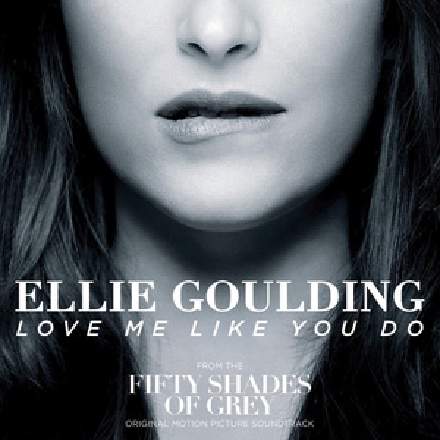 One of the central difficulties of pop melody writing is that repetition is both a good and a bad thing. On the plus side, the more you repeat a musical idea, the more you hammer it into the listener’s memory; but on the minus side, such a tactic risks boring the listener into pressing Skip. A couple of ways around this apparent paradox are showcased neatly in this Ellie Goulding song, which effectively creates its entire first-verse melody out of the small phrase “you’re the only thing I wanna touch” (0:27-0:30).

The beauty of this construction is that it maximises internal repetitions by revealing new material only where it really helps avoid monotony. In other words, it’s only after three iterations of the opening C-Eb-Eb figure that the Db-Db-C-Bb extension is introduced, and it’s only after that whole two-bar phrase has been repeated that we get the additional Ab-C to reengage our attention.

But it’s not just straight repetition going on here. That same material is more freely mutated (or ‘imitated’ in classical lingo) to generate the remainder of the verse. First the melodic contour of “you’re the only thing I wanna touch” is shifted into a higher register for “never knew that it could mean so much”, and then “so much” is further imitated on its own — as shown here:

While neither of these imitations are direct repeats, their relationship to the previous material remains crystal clear, so they reap most of the memorability benefits of repetitions, but without inducing tedium.

You don’t have to look too far to find other examples of such methods in this song. The prechorus extends the third iteration of its basic Eb-Bb-C-Ab-Bb riff further down the pentatonic scale. The chorus ekes out the basic “love me like you do” idea with two first-syllable pre-echoes, and then introduces new “touch me…” lyrics for the third iteration of that two-bar unit. However, it’s also important to realise that the melodic repetitions/imitations are differentiated harmonically. So in the verse and prechorus you’ve got Ab and Cm chords under the first two-bar unit, but Fm under the second. The chorus initially follows the same model too, but (wouldn’t you know it!) extends the now firmly established pattern of falling root-note thirds to reveal new harmonic material: the Bbm chord which highlights the melody’s third-iteration lyric change.

Don’t let this song’s apparent simplicity fool you. Economy of means is frequently a hallmark of great craftsmanship.