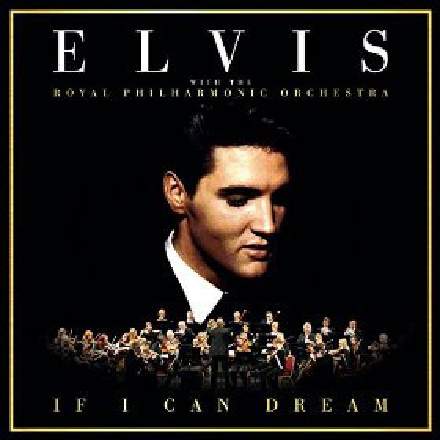 What a gorgeous muted-strings texture this is — everything you’d hope for from a top-flight orchestra captured at Abbey Road by resident über-engineer Peter Cobbin. The subtle ‘ooh’ backing vocals which first arrive at 1:52 are beautifully judged, too, audibly lifting the texture without quite trespassing on the star’s spotlight. Likewise the harp swooping in tastefully at 2:45. In short, the backing texture here is a sonic marvel, as well as a perfect foil for the touch of mid–range hardness (oo-er) and 7-8kHz crispiness that characterise the lead vocal sound (which seems to have survived any restoration processing commendably unscathed), and the understated zing of the super-gentle acoustic guitar, both of which breeze their way effortlessly through to the ear.

Notwithstanding the technical brilliance, this whole album does leave a sour taste in my mouth. Do we really need Elvis repackaged again? It’s apparently been justified on the grounds that it’s something “he always would have wanted to do”, which ranks a close second behind “because we can, ha ha ha!” in terms of its capacity to greenlight any crackpot scheme that might shift more merchandise. Given that the budget for a single minute of this recording session would likely have bankrolled many an emerging artist’s entire album, it’s pretty tough to see even such a magnificent-sounding folly as this being the best way to burnish the King’s legacy.