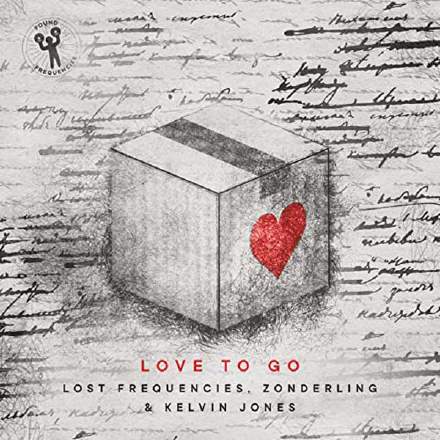 In pop music, as in many other walks of life, you’re only ever one letter from catastrophe, so it’s easy to come a lyrical cropper while mixing if you don’t keep your wits about you. This is especially the case if you’re already familiar with what the lyrics should say, because your subconscious will then naturally reinstate for you any phonemes your production work obscures – something the uninitiated listener won’t necessarily do. Ah, how fondly I recall the splendid example of this back in Zedd & Alessia Cara’s '', where masking from the song’s main beat caused a critical letter to disappear from the word “clock”! Not to be out-done, though, Lost Frequencies & Zonderling have now furnished us with another classic!

The root of their problem is that ’m' and ‘n’ sounds are inherently rather dull-sounding, and can lose audibility on account of masking in any busy mix, even assuming that the vocalist enunciates them clearly – which many singers don’t, especially at the ends of lines. For this reason, I’ll often boost those consonants (as well as the tell-tale transitions to their neighbouring vowels) with mixdown automation if I need to maximise lyric transmission within a dense backing texture. Lost Frequencies seem not to have received that memo, though, so we’re treated to a truly golden semantic reinterpretation when they allow their main chorus lyric “I’ll take our love to go / Cos everywhere I go / You’ll be my home” to lose its trailing ’m'.

Besides that, though, there’s a cool programming detail worth noticing with the main synth riff (first heard at 0:57). For the most part this is staccato by nature, but a couple of times towards the end of the second hook section (specifically at 2:28 and 2:42), the synth’s amplifier ADSR envelope’s decay/release time suddenly lengthens, giving a lovely ‘bloom’ to the phrase at that point – in the first case an effect exaggerated by a simultaneous fleeting reverb spin. It’s very easy to immediately gravitate towards the complex multi-parameter real-time control options that most virtual instruments offer these days, so this little production gimmick serves as a welcome reminder that there’s still plenty of value to be had from simple old-school MIDI adjustments to things like duration, velocity, and pitch-shift.