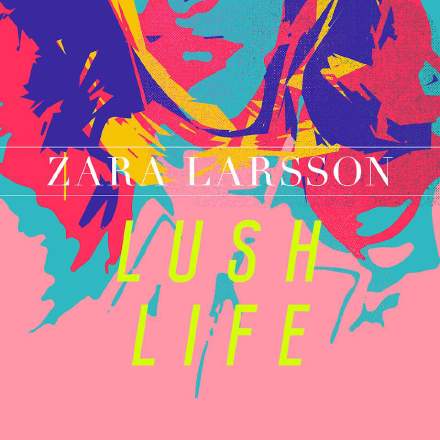 As with a lot of pop house choons, the harmony has a definite modal flavour, but the question is: which mode? For me, the first half of the song is intriguingly ambivalent in that respect, with the scale’s Bb and Eb plausibly suggesting to me both Eb Lydian and G Aeolian. The quasi-rap of the lead-vocal’s verses gives scant support to either interpretation, skirting around the root tones of both modes, and only weakly favouring G Aeolian by virtue of the fact that this mode’s root triad is the only chord in the song which renders the vocal’s main chant tone (D) consonant. The melody on “went low, went high” at 1:29 begins to strengthen the Aeolian atmosphere by outlining the root triad, but still manages to feel noncommittal by side-stepping the root tone over the G minor chord. Indeed, it’s only surprisingly late in the song, at 2:10, that the harmony and melody properly jettison their Lydian leanings, to my ears. And (quelle surprise!) that’s exactly where the title lyric first emerges. Whether by luck or design, it’s very smart writing to time things that way.

The production also boasts some lovely bits of ear candy. My favourites have to be the arcade-style one-shots (eg. the rising arpeggiations at 0:30-0:40 and the ‘descending space invader’ glissando trill at 0:46), which not only catch the ear timbrally, but also contribute to the modal ambiguity through their dissonant pitch content. There’s also something of a rarity in the effects department here: some kind of triplet-16th multi-tap echo patch on the backbeat claps (first heard clearly after “gave it up” at 0:37), which ties in neatly with similar rhythmic subdivisions in the arcade-game one-shots. The high whistle-like riff (eg. 0:28) is another highlight, combining its attention-grabbing sonic character with a nice little portamento fall-off (on the third note) that helps it maintain audibility in the mix even as the backing texture thickens later in the arrangement.