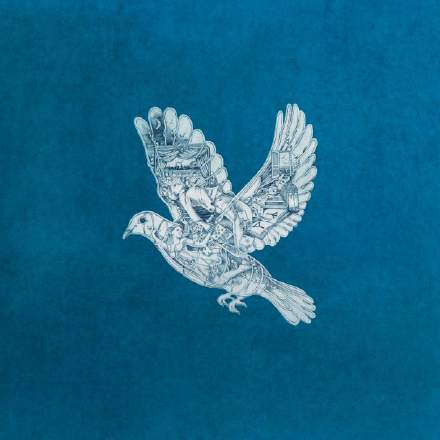 Mix engineer Mark ‘Spike’ Stent has been something of a hero of mine for many years. If you want to know why, you need look no further than this Coldplay single, which combines all my favourite Stent-isms into a thing of rare beauty. Partly it’s the to-die-for vocal intimacy and the glorious compactness that all the primary mix components have; I feel as if I could reach out and grab any of them right out of the air in front of me. Yet there’s never any sense that they’re trespassing on each other’s territory. Clearly the recording engineer must have had an important role to play, but I’d wager that this illusion of almost physical solidity is something that was forged at least as much at mixdown as during tracking. The low end is phenomenally tight as well, with an impressive low-end punch that doesn’t just rely on subsonic woof — very much a calling card of this man’s mixes, reminding me a great deal of other high points in his credits list, such as Massive Attack’s Mezzanine, Bjork’s Homogenic, and Keane’s Hopes And Fears.

Another aspect of Stent’s mixes that’s showcased here wonderfully is his fearless use of contrast to create depth, in this case between the dry ‘backbone’ parts (drums, bass+guitar riff, and lead vocal) and various atmospheric elements, such as the almost subliminal high synth note and reverb spin in the left-channel at 0:07-0:16; the disconcertingly diffuse piano that enters at 0:40; the synth pads, backing vocals, and ambient staccato guitar chops that appear during verse two; and the guitar wash that so effectively expands the horizons of the song’s extended middle-section build-up at 2:34-3:36. Yet even the most exposed textures (as in the opening verse) never seem to lack ‘mix glue’, on account of exquisite use of short ambience, subtle stereo widening, and underlying background noise.

His delays are a treat for the ear. The haphazard multi-tap patch on the piano is fascinating, for instance. I almost wonder whether there’s some kind of slow flange or phaser on there too, because of the way the harmonics seem to swirl around the image. Then there’s the cool 16th-note ping-pong slapback that helps differentiate the backbeat in the second verse so dramatically from what went before. But my favourite echo of all is the 16th or 3/16th delay that I’d bet my bottom dollar he’s sneaking in behind the drums from the second half of the second verse. I can’t absolutely swear it’s there, because (like a lot of Stent’s effects) it would be expertly crafted to melt in seamlessly with the dry sound, but I’ve heard him do this kind of thing more audibly in a number of mixes, and something about the extra ‘skip’ in the beat’s step from 1:53 triggers a powerful surge of déjà vu!

Another thing I associate with Spike Stent is an active interaction between parts in the arrangement, and there are a couple of great examples here. Check out the way the synth background patch at the start of verse two (1:33-1:50) rises up to surround each lead vocal phrase, and yet at the same time seems to be a little delayed and also reminiscent of the drum rhythms. And there’s also the synth part during the outro (from 3:56) that seems to be directly modulated by the drums somehow. Some of this might already have been encoded in the raw tracks, but my previous experience of Stent’s mixes leads me to suspect otherwise.

Like all truly great mixes, each new play-through reveals previously undiscovered facets. The automation is stellar (even assuming, almost certainly erroneously, that Stent’s Mute buttons can claim no credit for the clarity and dynamics of the arrangement), which doubtless contributes to the constant surfacing and resubmerging of ear-tickling details throughout the song. I could go on — truly inspirational.