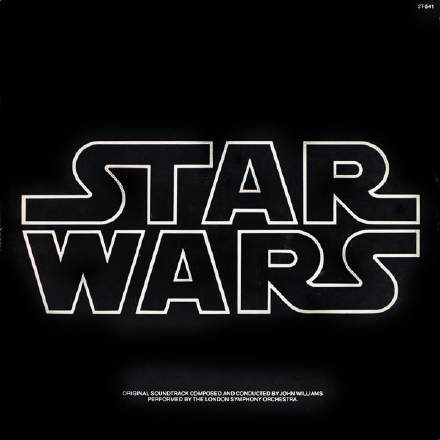 A long time ago, in a studio far, far from LA… Or, to be more precise, 37 years ago in a studio about 20 minutes north of Slough, the London Symphony Orchestra first recorded John Williams’ heroic Star Wars march:

The latest chapter in the film franchise would have been enough of a reason to revisit this classic recording, but it’s also an opportunity to pay tribute to a crowning achievement of legendary film-score recording engineer Eric Tomlinson, who sadly passed away last year. Given the huge technical innovations in studio recording since 1977, it’s truly remarkable how well this recording stands up against modern soundtracks, especially since (as I understand it) the bulk of it was effectively mixed live to three-track during tracking.

These days, the idea of having to ride faders to tape gives most studio engineers the willies, so the firm assurance with which you hear Tomlinson moulding the balance here demands the utmost respect. For example, check out how the strings entry rides boldly to the fore at 0:27, but then gradually pulls back as the brass-chorale swell builds from 0:36 into the bridging fanfares — all the moves beautifully judged so that the important musical lines really carry through, but without losing the grandeur of the full ensemble sound.

However, the same music also appears in the latest film’s soundtrack:

…and comparing the two different versions of this opening cue, I do nonetheless feel very positive about the technological progress we’ve made in the intervening years. For a start, the use of programmable mix automation now allows us to hear details in the music that it would previously have been impractical to unveil. Take the main theme’s recap (around 0:48), for example, where the original recording’s assertive horn level leaves the string texture and woodwind filigree a little in the shade. By comparison, those elements offer much more musical support on the contemporary recording, and the main melody can also be balanced with more restraint simply because there’s no longer any need to err on the loud side for the sake of caution.

I’m also a definite fan of the more modern depth perspective. The moment you put up close mics for individual instruments/sections of an orchestra to adjust their musical balance, you also start distorting their apparent front-back position, because the close mics will always capture a drier signal than the main mic rig that’s picking up the overall ensemble sound. You can clearly hear this happening on the 1977 recording, for example, where the brass section frequently drifts well forward of the strings during both of the main theme statements, and those scrabbling violin runs at 1:13-1:23 suddenly sound slightly dislocated as their direct sound begins to dominate over the room ambience. The modern recording, by contrast, keeps the apparent instrument distances much more stable — presumably by using artificial reverberation to maintain appropriate dry/wet ratios as close-mic levels are manipulated. While I’ll freely admit that the ’70s fader rides do have a certain attention-grabbing charm, on the whole I do find a more believable depth presentation more immersive and emotionally satisfying. Mind you, the latest soundtrack doesn’t have a completely static depth perspective — this is film music, after all, and there remains an aesthetic case for some forward-backward movement to highlight thematic material or support the visuals, especially when it’s handled as expertly as it is here.