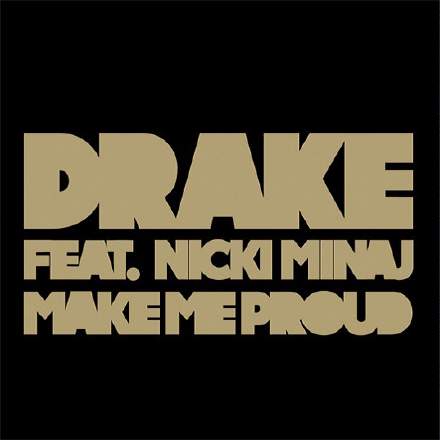 This is one of those productions that wears its no-compromise sonics and stripped-back arrangement with pride. “Can’t hear the bass line? Get some proper speakers! Chords?! Go listen to Stevie Wonder!” That kind of thing. This is great in this situation, because it not only focuses attention on the vocals, but also on the wonderfully diaphanous atmospherics of the arpeggiated synth backdrop, which would have been the first casualty had anything much else been mixed in.

A couple of vocal details caught my attention later in the song, too, during the last section of Nicki Minaj’s rap at 2:11-2:25: notice how both the ’t' of the “I’m a star” and the second ’d' of “double dee up” both trail the beat. Although this could easily be explained simply as part of her vocal style at that point, I have a hunch that the timing may have been deliberately massaged to avoid the super-heavy hip-hop kick drum from masking these consonants, hence better preserving the intelligibility of the lyrics. Whatever the truth of the matter in this instance, the next time you find that a drum hit in your own mix is preventing you from pushing an important consonant out to the listener, bear in mind that a tiny edit might provide a simpler alternative to processing/automation conniptions.

Just one other little thing that caught my ear here. Although the bass is clearly making no concessions to small systems, it does nonetheless clearly seem to fill out slightly for some sections, particularly where the vocals are singing rather than rapping, almost as if the filter opens a fraction more. Subtle, but worthwhile.