Mary Did You Know 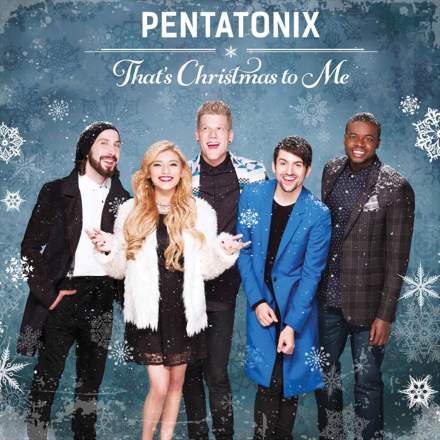 Since their 2011 victory in NBC’s The Sing–Off, Pentatonix have dragged a capella vocal arrangement firmly into the mainstream, recently delivering one of the biggest–selling US albums of 2014 in the form of their seasonal release That’s Christmas To Me. In the process, they’ve had to solve a perennial problem that any vocal–only group faces when trying to compete in the charts: how do you achieve the rich, powerful bass sound that many listeners now expect of commercial productions?

In purely acoustic terms, any bass singer’s maximum singing volume diminishes fairly rapidly as you head below C3 (an octave below ‘middle C’), the lower frequencies of the notes weakening disproportionately as they retreat below the main resonances of the (relatively small) human vocal apparatus. For amplified groups like Pentatonix, this issue can be fairly easily addressed by turning up the bass singer’s mic level in the mix, and ladling on the LF boost via a mic with strong proximity effect and additional EQ processing. In this case, it’s pretty extreme: put the mix through a spectrum analyser and you’ll see that the level of the bass’s fundamental frequency is comfortably 9dB above that of his first overtone, pretty much irrespective of the pitch.

But there’s also a natural limit to how low any singer can go, with notes below C2 usually being out of the question, effectively limiting the bass part’s LF reach to around 60Hz, no matter what mic or EQ you use. So the fact that this record clearly has pitched information in the 40–60Hz range makes it clear that Pentatonix have supplemented the singer’s natural frequencies with some kind of subharmonic synth… which somehow seems rather fitting, given how the Nashville–strength tuning and heavy mix effects practically transform the upper voices into synths much of the time!

(Incidentally, following publication of this critique, I received a certain amount of direct push-back from Pentatonix fans incensed that I should insinuate that the group might be buffing their recordings with sub-synth processing and tuning correction. This subsequent interview with their producer Ed Boyer, however, definitively put the matter to rest…)