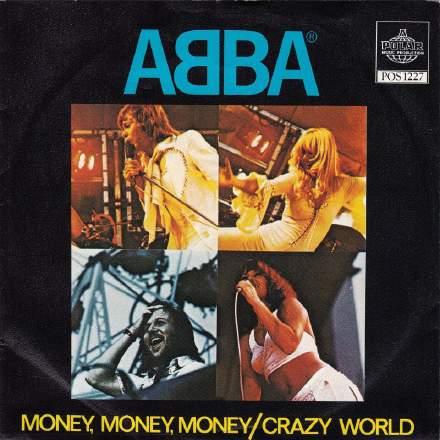 This is one of my all-time favourite arrangements — there’s just so much to enjoy here! The part that probably stands out most for me is the bass. Not only does it contribute to one of the song’s signature hooks by boldly doubling the first half of the chorus vocal melody, but it also sprinkles the song with diverting ear candy — for example, the fill before “ain’t it sad” at 1:28 and the longer counter-melody under “aah… all the things I could do” at 2:12-2:18.

The links between sections are masterful too. Take the chorus lead-in at 0:42, which creates a strong rhythmic tension by repeating its seven-beat melodic phrase such that the stress patterns of the second iteration are out of sync with the underlying 4/4 metre. Although this is clearly designed to wrong-foot the listener to some degree, it remains fairly easy to digest (and remember as a hook!) because of the internal repetition. Plus, the eventual resynchronisation of the stress patterns on the last beat before the chorus boosts this upbeat’s subjective importance enormously — supported by that amusingly theatrical drum ‘boosh’, of course!

No less impressive is the piano link that opens the song. Although the outline of its harmonic progression is simple (basically I-VI-IV-V-I), a couple of little details make all the difference. The first is the cadence’s nice sharpened-fifth dominant chord, a flavour unjustly overlooked in a lot of music these days; while the second is the falling chromatic line from E to D during the first three chords. What’s so inspired about the latter is that it makes sense of the F7 chord’s E-flat (a note which rarely features much in A-minor), thereby preparing the ground for a strong V-I cadence into the B-flat-minor key-change at 2:28. Thus one of the most threadbare modulation clichés in existence is made to sound far less contrived than it has any right to. Respect!

Returning to that bass part, Rutger Gunnarson’s performance shouldn’t be overlooked either, because it’s a masterclass in how to support a song’s arrangement via the instrument’s expressive possibilities. Even something as simple as note duration is used to great effect. Listen, for instance, to how the more extended note-lengths under “I wouldn’t have to work at all” at 0:35 affect the feel of that section, and how they progressively shorten again during the pre-chorus ritenuto a few seconds later. Then compare this with its counterpart in the second verse, where the note-lengths are kept longer to keep the groove motoring without ritenuto into the second chorus.

There’s another great example at 2:47, where Gunnarson breaks with the legato line of the two previous choruses to tickle the ear with some sudden staccatos just before the final “all the things I could do”. It’s also worth listening carefully for the masses of little pitch glides he sneaks in throughout the song, which really add to the musicality and momentum of the overall groove. That bit under “aah… all the things I could do” is diamond-studded in this respect, but there are little bends and fall-offs all over the place elsewhere too – under “world” at 1:00 for instance, or under “man’s” at 1:19.

Glancing through the liner notes of later album Voulez Vous (Yes, I am that sad. Although not quite sad enough to own a white skintight jumpsuit. Any more.), I noticed a pair of familiar little boxes sitting on the console meterbridge in one of the studio shots: Auratone 5Cs. It shouldn’t come as any surprise, then, that this track, like most of ABBA’s later productions translates fabulously well onto small speakers, which is especially important in ‘Money, Money, Money’ given the melodic importance of the bass guitar. However, the guitars and keyboards all lose out rather too much in mono for my taste, which makes the texture feel a bit sparse on single speakers.