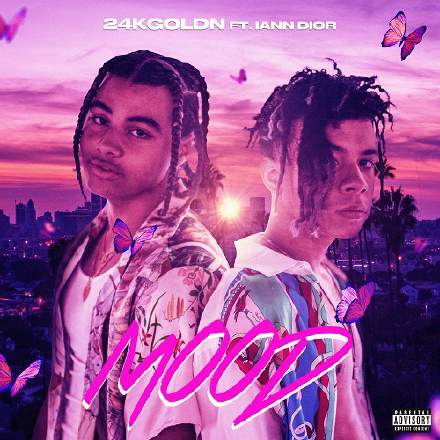 Some engineers talk rather disparagingly about ‘wide mono’, in other words the concept of panning everything in your mix so that it’s either in the middle of the image or spread evenly on both sides. So you might have your kick, snare, bass, and lead vocal all central, for instance, and then pan any stereo keyboards, double-tracked guitars/BVs, and effects so that they’re all neatly balanced between the left and right channels, such that swapping the stereo channels of the mix doesn’t appreciably alter the sound.

And this production is an obvious offender on those grounds, because pretty much the only section where hitting my monitor controller’s ‘L-R Swap’ switch makes any audible difference is the moment when a lone harmony vocal can be heard on the right for “we’ve been here before and I won’t be a victim” at 1:50. Furthermore, for the majority of the timeline, the stereo information appears to be coming exclusively from the effects returns, rather than anything that’s been panned – basically, the only things that appear to have been panned at all are the chorus-section vocal layers at 0:20, 1:13, and 1:58.

To be honest, though, I don’t have much patience with the panning mavens, because I think there’s actually much to recommend the way the stereo information has been managed here. First of all, I get no sense while listening that the mix lacks width, because the tasteful effects use provides plenty of space and depth – and the stereo width is also used creatively to enhance the song’s structure, with the extra width of the vocal layers providing useful buildup for the choruses, while some kind of automated modulation treatment on the main guitar part delivers subtle width adjustments elsewhere.

Secondly, the mono-compatibilty is exceptional. All you lose is a bit of reverberance and a little subjective vocal level from the opposition-panned layers, although the latter are doubling the lead (so don’t offer anything independent musically) and are pretty subsidiary in the balance anyway. And, thirdly, the one-sided ‘sharing a pair of earbuds’ listening experience is also excellent, because no musical parts (with the exception of that tiny BV fragment) are missing from either side.

So let the panning purists squabble amongst themselves, while the rest of us get on with mixing for the wider public, if you’ll pardon the pun…