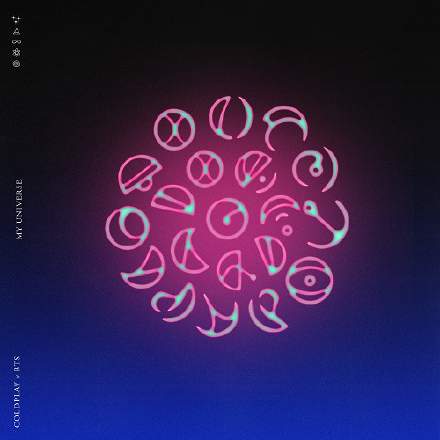 This production sounds like someone said “You know The Weeknd’s 'Save Your Tears'? What if we did that… only bigger!?” The kick and snare sounds seem almost like photocopies, set against a similarly sub-heavy chordal synth slab, but the mix manages to be a little louder, wider, and punchier to my ears, so we’ll count that as a win for the studio team! The main chorus texture is also more mono-compatible, specifically as regards the balance between the lead vocal and the synth texture. Switch The Weeknd into mono and the synths seem to lose out significantly against the vocal, whereas Chris Martin’s vocals on ‘My Universe’ maintain a more stable level relationship. It’s a neat mixing sleight-of-hand, but how’s it been done?

Well, I think the secret is that Chris Martin’s vocals have been double-tracked, and then the vocal layers have been panned in opposition. That means that part of the perceived vocal level in stereo is deriving from the mix’s Sides component, and the same can be said of the level of the stereo synths. So when the Sides component is effectively discarded by switching the mix to mono, you lose similar amounts of level from the vocals and the synths. In the case of The Weeknd, however, because his vocal sound is almost entirely mono, it doesn’t lose any level when you throw away the mix’s Sides component, unlike the stereo synths, hence why the relative balance between the vocals and synths changes more there.

And, speaking of the synth texture, I liked the little level-pumping feature at the end of each chorus (1:05, 2:00, 2:45, and 3:04), although it did feel like a bit of a shame that the cool stutter-edit effects from 3:17 didn’t make their presence felt earlier on in the timeline as well, because, to be honest, those felt hookier than anything that went before!