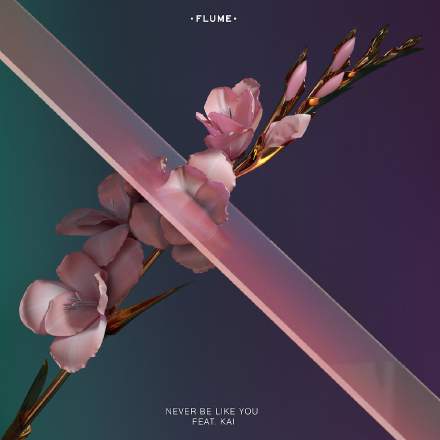 Had it not recently bagged the Grammy for Best Dance/Electronic Album, this fabulous record might well have slipped under my radar, given Flume’s poor showing in the UK charts. And what a loss that would have been, because I don’t think a mainstream EDM track has impressed me this much since Skrillex properly went overground a few years back. Although the fabulous stuttering dirty-south-esque drum programming and opulent smorgasbord of ear-catching spot-effects are both big parts of the appeal of ‘Never Be Like You’, for me the biggest ‘wow’-factor comes from the lavishly modulated main rhythm pad first heard at 0:40. What impressed me about Skrillex was his realisation of the untapped riff-making potential of butt-edited samples (see my critique of 'Bangarang'), and as I see it Flume’s rhythm synth is capitalising on another under-utilised production concept: namely, the idea of synth gain-pumping.

Now I don’t mean to say that kick-triggered gain-pumping of synths is new — you’d have to have been locked in a safety deposit box for at least 30 years to have missed that trick! Neither is it uncommon for EDM tracks these days to maintain their gain-pumping in the absence of the drum sample that’s ostensibly driving it, but the essential pumping effect is almost always an extremely simple four-to-the-floor job. What’s so great about Flume’s production is that its gain-pumping effects are extraordinarily complex, and it remains ambiguous to the listener how they’re being triggered. To what extent are they influenced by other arrangement elements? Are there unheard background tracks being used solely for triggering (ie. not being fed to the mix buss)? Or is it all just MIDI controllers or some kind of modulation matrix? So, for instance, under “never be like you” at 1:07 it almost sounds like the rhythm pad is being ducked in response to the vocal phrase for a moment, but immediately afterwards the pumping rhythm then seems to lose any relation to the rest of the arrangement (or indeed the metric grid) at all, while still implausibly somehow making musical sense! Another head-scratcher occurs under “hoo-oo” at 0:50, where the synth pad doesn’t seem to respond much to kick or snare for a moment, but then audibly gain-pumps to the subsequent hits. Exactly how this has all been brought about is immaterial — the point is that it keeps you guessing constantly about the relationship between that pad and the vocal and percussion elements of the arrangement, and expands the synth’s independent expressive potential enormously.

But there’s so much more synth goodness to admire in this production besides: the almost Christmassy opening layered synth/chimes wash; the grimy sub-bass riser at 1:09; the sudden random synth A accenting “you” mid-verse at 1:23; the pitched and stutter-edited strings sample layered with the main pad from 3:20; and the fabulous filter-sweep moments at 0:38 and 3:35. Honestly, the level of detail in the programming and mixing here is jaw-dropping, so if this is the future of mainstream EDM, then let me be the first to cry “Hallelujah!”