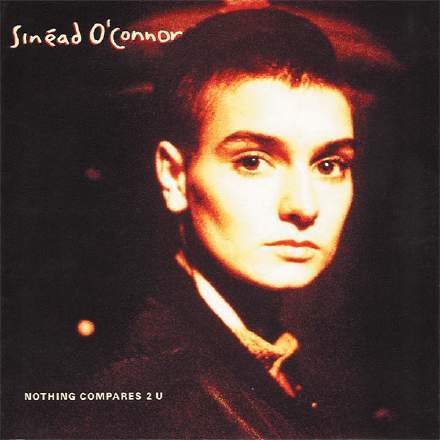 I had a really weird experience when this came on the car radio the other day: I recognised the song within a fraction of a second, but then couldn’t for the life of me work out how I’d done it! After all, the first seven seconds of this track are just a static F-major synth-string chord, right? So on returning to the rarified environment of The Mix Review’s listening laboratory, I fired up the track again for more careful examination.

One thing I’d not consciously registered in the car was that there seems to be some kind of short-duration keyboard sound (almost like a fuzzy Yamaha DX7 piano) that adds subtle extra definition to the beginning of the chord, and I think this makes the composite sound substantially more individual and memorable. It’s a well-documented phenomenon that the way different instruments begin their notes provides one of the strongest clues to the listener about their identity. As such, if you chop the initial half a second off a selection of different instrumental notes, they actually become rather difficult to tell apart — which is why manufacturers of early sample-based synths traditionally dedicated the lion’s share of their sample ROM to storing note onsets. There appears to be a bit of eighth-note delay on that surreptitious keyboard part too, which adds another little pinch of spice.

However, there’s something a bit unusual about the string sound itself as well. Many programmers would have been happy to just play the chords with an ensemble strings patch, which usually gives you a very homogenous sound, but here I get much more of an impression that the virtual string section is actually made up of lots of individual players. In this Sound On Sound magazine interview, arranger Gota Yashiki mentioned that he was concerned with getting the strings to sound more natural, so I suspect that he chose the more laborious route of building up his string orchestra by combining individual solo or small-group multisamples playing the different lines — although it does sound as if those are still being glued together using a more generic chordal string pad in the background. However, the Akai S1100 Yashiki apparently used wouldn’t have had nearly enough sample RAM to accommodate long notes in their entirety, so the sustains would have had to have been created by looping the ends of much shorter samples. Indeed, if you listen to the opening chord’s top A, you can clearly hear its timbre ‘pulsing’ mechanically roughly twice per second as it loops, an effect that’s nothing like a player’s natural vibrato but which creates a uniquely recognisable character of its own.

However, even had this track started with just a simple Roland JV1080 string pad, might its static featurelessness still have counterintuitively proved a kind of ‘so forgettable it’s memorable’ hook? I can’t immediately think of any other big hit with such a stark string opening, certainly…