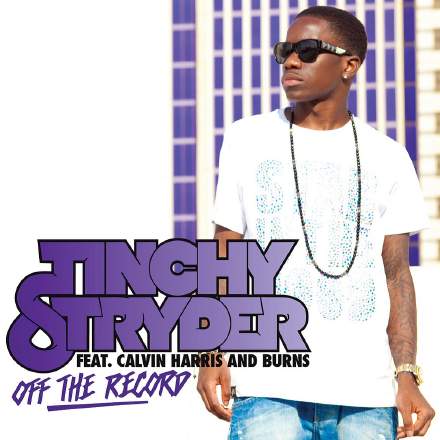 A great opening synth sound here — at a guess, a high-pass-filtered pair of sawtooths pitched two octaves apart — but whatever its make-up it’s brutally buzzy and with razor-sharp HF peaks at 4.8kHz and 8.6kHz. The gravelly texture makes me suspect that some inharmonic components have also been mixed in for good measure (perhaps from some kind of digital grungifier plug-in), not least because Calvin Harris has had his paws on this production, and he made great use of digital distortion on his recent single 'Bounce'. The potential pitfall with a sound as aggressive as this, though, is that it can easily cause mixdown problems by combining harshly with the lead vocal’s p resence region, which is so often boosted by engineers to bring the lyrics forward in the mix. Fortunately, in this case Tinchy’s verse tone side-steps this hazard by taking its solidity from the 200Hz-2kHz region and its tonal clarity primarily from the top octave, while the sibilance, in particular, seems pretty firmly controlled.

Notice also that the low-frequency foundations of that synth line only appear when the drums and vocals arrive at 0:07. The implication is that the low frequencies are being supplied by a separate sub-bass synth, and that approach would make a lot of sense technically in this scenario, because of the need to carefully control the way the powerful note fundamentals combine with the kick’s 46Hz low-frequency peak — perhaps by sending both the kick and sub-bass synth to a common compressor. Were the sub-bass component locked into the main synth sound, trying a bussing dodge like that would compromise the subjective evenness of the whole musical line.

Speaking of synths, the sudden switch to sustained notes for four bars at 1:46 is a very simple and effective arrangement trick, especially in current dance styles which trade on the interplay of various complex syncopations and cross-rhythms. The cherry on the top is the way it cuts off abruptly on the final beat of the fourth bar, creating a vacuum which sucks the simple snare/“oh!” fill forward for extra emphasis.

There are a few other things worth noting. The first is the extended pitch-slide transition at 2:31-2:46, a trick that seems to be becoming quite popular in recent months – check out Example’s ‘Changed The Way You Kissed Me’ or Calvin Harris’s 'Bounce' for instance. The half-time mid-section’s nod to dubstep at 2:16 also falls into the ‘there we go again’ category, but is nonetheless solidly implemented.

I also like the little 3/8 retrigger on the last word of the chorus lyric (“now”) first heard at 0:53, which repeats at half the speed of the main synth riff. You could argue that this already hints at the idea of that half-time mid-section coming up, but whatever your views on that score it does make a nice way to extend the chorus sections.