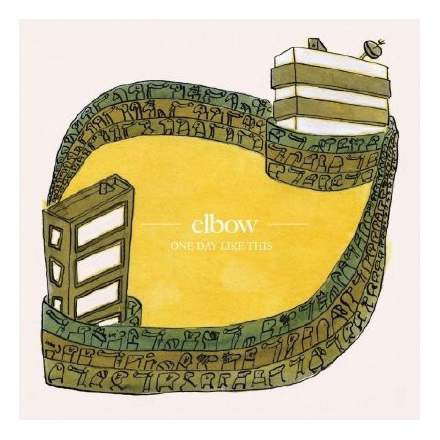 London’s Olympic Closing Ceremony jamboree catapulted this 2008 single into the UK top five, a new high point for the band. Richly deserved, too, if only for the string arrangement, which makes the most of a rare opportunity to take centre stage. The pacing of the string contributions around the lead vocal is masterful, for instance. Simple unison swells grow into gentle oscillations during the first four vocal lines (0:27-0:50) before imitations of the lead melody emerge and develop to lead us into the staccato riff of the first “beautiful day”. The ensemble unison texture suddenly breaks into harmonies for the next verse, and the thematic material quickly develops from imitation to counter-melody, as well as lending rich structural support such as during the build-up to Guy Garvey’s uplifting “Holy Cow” at 1:45. And then the breathless pizzicato interlude at 2:21-2:45 clears the palate for the outro’s climactic sing-along.

Speaking of the outro, another moment that really floats my boat is when the bass drops to E-flat at 3:49, having steadfastly held an F pedal note up until that point, especially because it (and the chord above it) rubs so juicily against the continuing F ostinato from the strings. As if that weren’t enough, the harmonic similarities with ‘Hey Jude’ mean you can have some cheap fun singing “Nah nah nah na-na-na-nah!” over the top if the fancy takes you!

My favourite bit of this record is undoubtedly the drop into the pizzicato strings at 2:21. It’s not just that I’m a fan of intelligent string arrangements, because I also love the shadowy ‘somewhere in the another room’ drum ambience and occasional finger clicks. Finger clicks are actually quite tricky to get sounding any good, because they’ve a tendency to end up as all transient and nothing else, but here there’s a nice ‘ripple’ to each one, so either they’re multitracked, or else they’re performed by someone who can click with more than one finger, a stunt that I’ve always been very envious of. Whenever I try it my left hand cramps! :)

They’re a multi-talented bunch, Elbow. Not content with singing lead, Garvey contibutes the string charts, while keyboard player Chris Potter handles most of the engineering side of things (and talked about it in this Sound On Sound article).