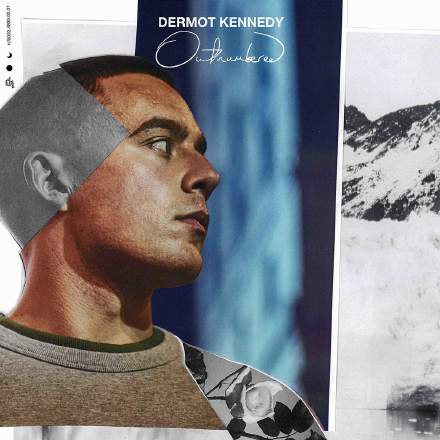 Following the enormous success of Lewis Capaldi’s 'Someone You Loved', it’s tricky to take this Dermot Kennedy number at face value. I just can’t shake the vision of some cigar-waving svengali addressing a room full of industry suits with the words, “Hey, if a gravelly voiced Scot can bludgeon the charts into submission with I-V-vi-IV, then why not a gravelly voiced Irishman?” To be fair, at least Kennedy’s following a slightly less well-worn route here, using IV-I-V-vi in a three-eighth/five-eighth harmonic rhythm — although Dan+Shay’s Grammy-winning 'Tequila' also gave that one a pretty decent flogging recently. This song’s main guitar riff also dutifully apes the laziness of Capaldi’s lead piano, constructing its line by simply doubling the bass line in thirds.

Putting all that aside, though, I like the production sound. What a beautifully warm and solid bass timbre! In this respect he knocks spots off ‘Someone You Loved’, which feels rather lightweight by comparison. And the kick is a lovely specimen too, with a powerful low-mid–range ‘knock’ and a surprising degree of bottom-octave power given its restrained decay. I might have wished for a little more mid-range transmission from the bass for the benefit of small-speaker listeners, but the melodic loss here is perhaps mitigated a little by the guitar riff’s subservient doubling.

It’s also smart that the lead vocal’s only real source of high-frequency competition comes from the snare and hi-hat, but these are both of such short duration that their frequency-masking effect is minimal, so the emotional details of the singer’s performance remain effortlessly upfront throughout.

Let’s talk about first lines. Beginning stories is hard. You want to establish a setting and introduce your characters, but you have to be fast and get to something actually happening or everyone will wander off and do something else. Beginning songs that tell stories, on the other hand, is nearly impossible – singing is slower than talking or reading, and your window to engage a listener before they tune out is even shorter.

Sure, some songs just roll up their sleeves and do it, locating the action “on a dark desert highway” or in “a house in New Orleans”. Or by making explicit character introductions: letting you know that “he was a boy, she was a girl," perhaps, or the even less subtle “I’m a love man!" or my personal favourite “I was five and he was six." But the holy grail is starting a story in media res, right in the teeth of the action with no introduction.

This song’s a great example of just that: “Don’t tell me this is all for nothing.” It may look like a wilted word-salad, but look what we’ve got: two characters, the setting (an argument) and most importantly a conflict – whoever Dermot Kennedy is talking to, let’s say Jim, Jim wants to convince Dermot that “this is all for nothing”. Dermot wants to convince Jim it’s not. And as well as introducing us to two people, telling us something about their relationship, and indicating that their opinions differ, the first line is itself part of the argument they’re having – we are literally in the midst of their argument from the word go.

There are so many ways this exact story could start. “My relationship with Jim used to be wonderful.” “Two men sit across from each other in tense silence. Finally one of them speaks.” While those might be literary masterworks, neither has the efficiency and punch “Don’t tell me this is all for nothing.”

Pop songs telling stories are out of style these days, most of the time the singer just feels a relatable emotion for three minutes with no reference to specific circumstances, presumably to maximise relatability. And that’s great. ‘Can't Feel My Face’ is a total jam, but I do hope stories come back into vogue some time soon.