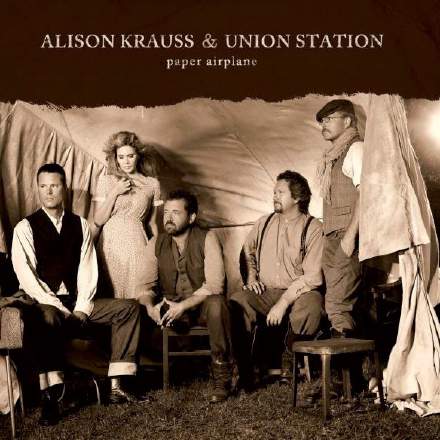 I was fascinated to read this Sound On Sound interview with Mike Shipley, as I’ve been following his mixing pretty closely over the years. In particular, it was great to have more insight into his reliance on enormously detailed automation of levels, compression and EQ to get lead vocals almost impossibly solid in the mix — something I’ve long associated with those big Shania Twain records, but which is amply showcased here too. For that reason alone, this record is worth a listen, simply because it illustrates the extremes to which vocal balancing can be taken in pursuit of achieving consistency of level and tone across an entire song.

However, what I would say is that such in-depth vocal micro-management does seem to bring with it a characteristic sound of its own, and one which I’m not sure would suit every project — it’s so tightly controlled that it almost feels to me a bit claustrophobic, for want of a better word. Whether you agree with my assessment or not, I think this outcome of Shipley’s mixing method is an important one for any aspiring mix engineer to consider carefully, if only to form a clear personal opinion as to where the point of diminishing returns lies when automating any given mix.

Another thing to pull out of that SOS interview is the arrangement decisions that appear to have been taken by muting some of the audio regions. This is something that I do in Mix Rescue projects all the time, but a lot of SOS readers fight shy of ditching recorded parts for the greater good of the production as a whole. Take, for example, the Mandolin part here, which in the article’s Pro Tools screenshot clearly contains audio even before the start of the acoustic guitar part (which actually begins the song in its released form), but that audio has been muted. One can, of course, only speculate as to the exact reasoning behind leaving this take section on the cutting-room floor, I could easily imagine that it was done in order to keep the first verses more intimate and vocal-driven, while allowing the arrangement more leeway to build up into the first chorus — and, indeed, throughout the whole song. Notice, too, the muted Dobro section following the first chorus, which allows the mandolin solo at 1:30 (and the dusting of fiddle) to shine through the mix more effectively. The lesson here is that it doesn’t matter even if you’ve recorded Nashville royalty with top-flight gear in a pro studio: the mute button can still have a pivotal role to play in presenting an arrangement in the best light.

One practical issue to mention is that the screenshot of Mike Shipley’s Pro Tools window in the web version of that ‘Inside Track’ article isn’t as high-resolution as the one in the paper magazine, so here’s a full-resolution version of it for anyone wanting to see all the gory details:

Bear in mind, though, that the automation you see in this screen by no means represents the full extent of what Shipley did, by his own admission: “I do rides in Pro Tools for very detailed work, and the more intuitive fader moves on the board.”

One final thing that’s interesting to note if you look closely at that screenshot is that it appears that there are a couple of moments in the arrangement where Shipley has chosen to mute just one of an instrument’s mics: on the mandolin during the ‘Turn’ section following C1 (chorus one), and on the Dobro during V3 (verse three). Again, this is the kind of thing that a lot of people simply wouldn’t consider doing, but I can imagine a number of plausible explanations for it here. For example, the single mic might have provided a less warm, and therefore more upfront, sound to suit the solo role at that point. Or it might be that Shipley felt that reducing the instrument to a point source would make it less diffuse, providing a more stable image for its moment in the limelight. For the Dobro, ditching one of the mics during the second verse would make sense in terms of allowing the texture to thin out there so that the subsequent chorus had more room to shine, especially as the mic appears to be reintroduced for the onset of C2 (chorus two).