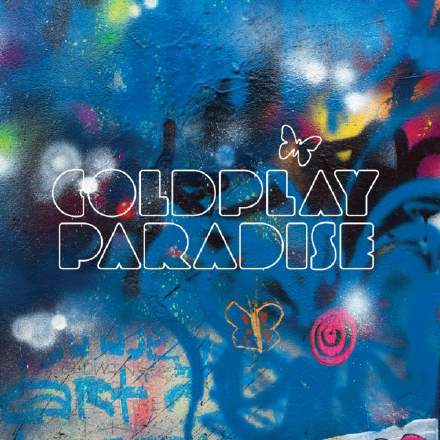 This is one of the oddest mixes I’ve heard in the charts for a while, not least on account of its overall tonality, which feels starved at around 200Hz but rather abrasive at 2kHz or so, as well as boasting powerful spectral extremes. While this comes through pretty well on smaller consumer speakers, it feels like a bit of an acquired taste on anything larger or more high-resolution. It’s also a little puzzling that the bass appears to have been panned significantly to the right. Judging by the level of the fundamental frequency displayed on my spectrum analyser, the bass appears to be around 3dB louder in the right channel, and comparing the left and right channels against each other confirms the presence of a definite subjective difference in their bass presentation.

By contrast, the kick drum appears to be leaning slightly towards the left channel, so maybe the idea was to separate these two elements in the stereo picture. However, I’m neither convinced that this degree of panning would actually help much if you were planted in the sweet spot, nor do I think that it’s actually particularly necessary in this case, because the kick seems to have been quite cleverly designed to slot into the spectral gaps left by the bass. Although the kick sound gives the initial impression of being very resonant (especially during the more exposed texture of the choruses), in a way that implies a long tail of rumbling low end, it turns out that this is actually something of an illusion. Indeed, if you notch out the single main resonance at 71Hz (a frequency the bass part’s powerful fundamental deftly dodges around) with EQ, you’ll discover that the remaining kick frequencies are all reasonably well-damped. In fact, listening to the whole mix with this frequency notched is interesting, in terms of demonstrating how much that single resonance does for the subjective level of the kick drum in the mix, and also the extent to which it affects the subjective clarity and tonality of the production as a whole.

The reverb stunt during the first chorus (at 1:15) is very unusual too: each time Chris Martin repeats “Para-para-paradise” he moves progressively further away, the dry vocal level reducing relative to the reverb. (Does the vocal tone become a bit less sparkly too? If it did, it would make perfect sense, effectively simulating the effects of air-damping on distant sound sources.) Then, at 1:26, the vocal pops abruptly back to its previous dry level, while the vocal reverb briefly reduces, bringing the voice right back up front, and very effectively re-attracting the listener’s attention for the new lyric “every time she closed her eyes”. An entertaining bit of creative thinking.

Another thing: this track has a rather characteristic and fairly unusual (as far as the charts are concerned) harmonic rhythm: every bar you get three eighth-notes of one chord, followed by five eighth notes of another (assuming that the snare is showing the backbeat of a slow four/four bar). It’s not that no-one’s used this in a chart track before – ‘Fields Of Gold’ comes to mind straightaway, for instance – or that it’s any kind of rocket science, but it’s nonetheless a bit of breath of fresh air given the tendency for more four-square harmonic movement in most other high-profile songs on the radio.

The vocal effect I mentioned in the main critique isn’t the only interesting reverb moment here. I also like the way the “whoa-oa-oa…” vocal suddenly seems to open out into a much larger environment. Applying a much bigger-sounding reverb to a single component of the mix like this, rather than over multiple tracks, is a mixdown trick I use quite a bit, and the reason it’s so useful is that it lets you create the impression of a massive space around the production, but without actually cluttering the mix too much by applying a long tail to everything.

Finally, although I mentioned that the mix sounds rather hard in the midrange, it’s nothing compared with the first single ‘Every Teardrop Is A Waterfall’, which drills my eardrums so much at 3.5kHz that I find it unpleasantly grating over nearfields. Perhaps they only actually want to be played in the background?