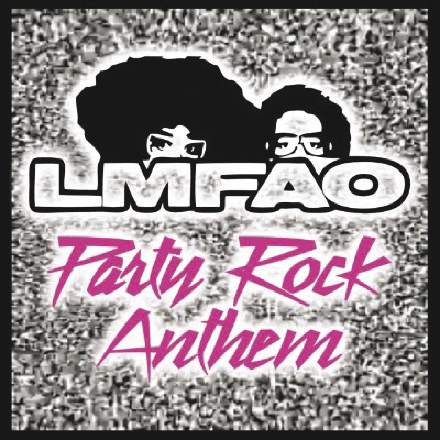 Although I, for one, would cheerfully nominate this track for the hotly contested title of Most Annoying Hook Of 2011, I must nonetheless admit, through gritted teeth, that there’s some great production going on here. The first thing that really stands out for me is the kick-drum programming, which goes well beyond the call of duty in terms of providing variation from section to section, and as such is worth some study. (Even if you have to low-pass filter everything else to make the process bearable!)

For a start, although this is ostensibly a straight-ahead, four-to-the-floor groove, the only eight-bar sections that actually feature their full complement of 32 hits are the opening, the two final choruses, and the outro. In addition, there are six whole sections without any kick at all — more than a third of the total running time, in fact. Elsewhere, different sections drop different numbers of beats for fills at the ends of four- and/or eight-bar sections, ranging from a single beat (as happens three times during the synth riff sections of 0:59 and 2:17) to two whole bars at the end of the second rap at 1:40. And the cherry on top is the last rap verse, where the kick breaks into a completely new pattern for four bars at 2:39, before the beginning of the kick-less build-up into the final choruses. I’m not trying to imply that any of this is exactly rocket science, but it’s good clean fun and that still counts for something. The kick sound itself is pretty good too, with a better combination of fundamental, pitched harmonics, and razor-sharp click than I’ve heard in the charts for a little while — weightier than Jennifer Lopez’s ‘On The Floor’, for instance, and pointier than Martin Solveig’s ‘Hello’.

There’s a selection of nice arrangement tricks tucked away in there, not least (remaining on the subject of the kick for the moment) the one-beat backing drop at the start of the final choruses at 3:16, which is a quality piece of ear-candy, and well suited to a track like this that only starts its vocal hook on the second beat of the bar. Effects stunts are many and varied, but my favourites are the abrupt reverb cuts into “shake that” at 0:59 and (predictably enough) after “now stop” at 2:37. The variable reverb levels on the synth riff are entertaining too, providing more reverb on the last note of every two-bar pattern and a nice wash-out transition into the final rap verse from about 2:29.

Right, now I’m going to go listen to ‘The Chicken Song’ for half an hour to get that hook out of my head…

Another thing that I think’s interesting about this track is the second rap, which starts at 1:28. I think this works really well, and part of the reason I like it is the way the Redfoo creates a slow pitch dive across each of the two sections of the rap. It would have been so easy to deliver that rap on a monotone, but the changes in register really add something in terms of generating a little extra momentum through each four-bar unit.

Also, any music-technology teachers reading this might want to make a note of the prominent stereo ping-pong delay all over the vocal interjections during the intro (from around 0:18 to 0:58) and on “shake that” at 2:12. It’s not that often you hear this effect so obviously, so this track might make a good choice for a listening exercise (as well as for all the odd effects spot effects). It’ll help you spot those students who still haven’t worked out how to put their headphones on the right way round – there’s always one!