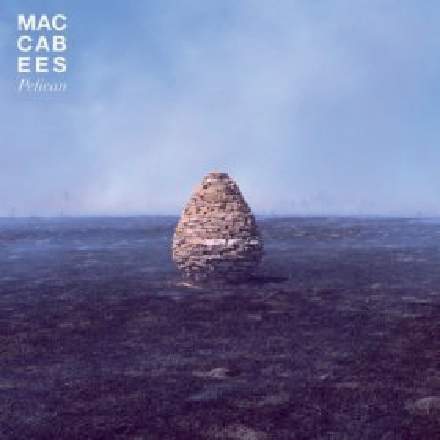 Although this tune barely tickled the singles charts, its parent album pushed the band into the UK top five for the first time. What particularly interests me about ‘Pelican’ (and, indeed, the other single, ‘Feel To Follow’) is how mix engineer Cenzo Townsend has created contrast between the drums and bass and the vocals and guitars. Although the drums are by no means dry, their short ambience makes them come across as very dense and compact — almost small — not only keeping the inner details of the complex patterns clear, but also serving as a great foil for the stereo width and long reverb/delay effects of the upper parts. This can be most easily heard after each of the opening stabs, where the guitar spring/plate lingers on well beyond the choked cymbals.

What’s also intriguing is that although the guitars and vocals clearly feature more long-tail effects, they don’t end up sounding a million miles behind the drums, subjectively speaking — an elegant sleight-of-hand on Townsend’s part. The key to this, for me, is that although the drum’s ambience has a shorter duration, it’s also more natural-sounding in acoustic terms, and rich in early reflections, which makes it rather effective at distancing the drums psychologically. The vocal and guitar treatments, on the other hand, rely heavily on more artificial-sounding spring and plate-type sounds, which offer little sense of any real acoustic signature, so it’s easier for the ear to identify them as artificial ‘added effects’ and separate them from the dry signals in the mix, despite the longer decay envelope. Pre-delay is also definitely playing a role here too, as you can easily hear if you solo the Sides channel: the stereo lead-vocal effect lags well behind the beat.

Keep your ears open for the use of background pads, too. Although the layered backing vocals obviously fulfil this function at various points in this production, and it would be easy to attribute the sonorous quality of much of this record to a combination of those and the lashings of send effects, I suspect that surreptitious keyboard parts are also an important part of the recipe. The simplest clues are the ‘Keys by William White’ credit in the liner notes and the momentary ‘pad solo’ during the song’s final fade-out, but the biggest general giveaway for me is that I can’t really put my finger on which of the foreground guitar and vocal lines is responsible for the sonic richness of the mix as a whole during a number of important sections (1:54-2:15 being a good example), which leads me to surmise that something is supplementing the apparent band line-up behind the scenes. Many self-producing indie rock groups aspire to this kind of crowd-pleasingly euphoric band texture, but struggle to achieve it because they turn their noses up at the very idea of using keyboard pads. But as this track amply demonstrates, pads won’t undermine your rock & roll credentials as long as you keep them in a background role.

Another thing that intrigues me about the use of reverb on this record is the way the final section (from 2:58) seems to suddenly gel together more, and the drums appear to get more roomy somehow, so that the whole mix suddenly blends better than it did up until that point. I couldn’t quite make up my mind about it, though. Is it actually effects? Or is it the room mics fading up (a hoary old chestnut, that)? Or is it just the presence of other noisy stereo or wide-panned overdubs giving an illusion of it? I’m still not sure.