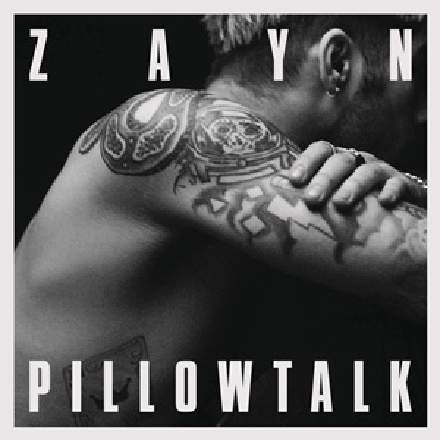 When critiquing Miley Cyrus’s 'Wrecking Ball', I made disparaging use of the term ‘consonant sludge’ to describe a phenomenon that crops up periodically in bombastic chart-pop choruses, where so many harmonic instruments are layered on top of each other in pursuit of an epic ensemble sound that it’s all but impossible to hear any of them distinctly in the final mix — you just end up with a kind of amorphous chordal pad surrounding the drums and vocals. What I find quite refreshing about ‘Pillowtalk’, though, is how it turns this idea on its head, in a sense.

What I mean is that there are plenty of chordal elements here that seem almost purposefully bland and pad-like (in particular the static power-chord-style block harmonies of the chorus), but then the interest is maintained by swarms of fleeting sound-design elements that dart in and out of view from the cover of this wash, frequently hovering on the boundaries of identification. Are those vocals bubbling up in the background before the first chorus (0:46-0:53)? Where do the vocal echoes of “climb on board” (0:15) end and the electronic blips begin? Is that an electric guitar or a synth at 2:40? So where a traditional consonant sludge takes lots of distinct instruments and swills them into an indeterminate mush, ‘Pillowtalk’ starts with something bland, and then seems to extract distinct instruments out of it, so to speak.

Furthermore, while the resulting soundscape performs many of the same functions as the traditional sludge by maintaining an enveloping texture and hinting at both epic space and innumerable instruments, at the same time it draws out masses of sonic detail to entertain and intrigue the repeat listener in equal measure. Such production refinements lend proceedings a definite air of artistic maturity here, in my opinion, and can hardly have harmed Mr Malik’s campaign to draw a firm line under his boyband past.