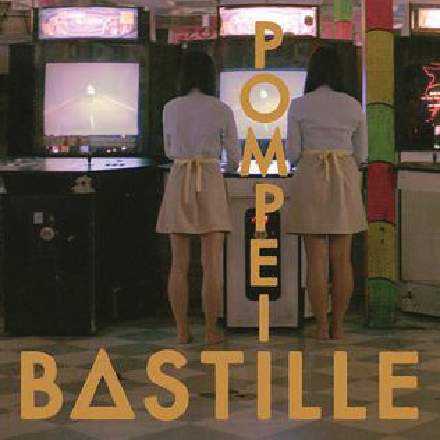 My first thought on hearing the opening “eh, eh-oh, eh-oh” backing-vocal riff in this BRIT Award-nominated production was that it sounded like a football terrace full of Teletubbies, but once I’d shaken off that mildly disturbing mental image, a more serious question emerged: what is responsible for the particularly dense breathiness in the vocal ensemble tone? Although a bright mic and/or weapons-grade 10-20kHz EQ boost could be responsible, I can’t quite believe that’s the whole story, given the thickness and smoothness of the HF spectral components. High-frequency distortion or Aphex-style psychoacoustic enhancement can help brighten vocals, but I’m doubtful if they’re part of the recipe either, because I’d normally expect a harder, more cutting, sonic edge from such processes, rather than this kind of diffuse ‘hissiness’. I wonder whether the band layered in whispered vocals alongside the sung ones, perhaps, or even triggered a richly breathy synth pad or noise source alongside. A super-short, bright reverb patch might have had a hand in proceedings too (in addition to the more audible long-decay send-effect treatments), just to lengthen and widen the high-frequency content a fraction.

The main rhythmic BV riff sensibly gives way to more sustained chordal parts towards the end of each chorus (eg. at 1:05), leaving plenty of room in the arrangement for the faster-rate lead-vocal lyrics of “how am I gonna be an optimist about this”. Also, notice how the riff’s first “eh” is removed at the beginning of each chorus, leaving the lead vocal’s word “eyes” unobscured and lending the onset of the subsequent “eh-oh” a particularly arresting attack. I wouldn’t be surprised if this detail had been introduced by the mix engineer, because it’s so natural to do this kind of thing with automated Mute buttons and there’s a fair bit of automation data flying around, given how much louder that first “eh-oh” is compared with the following ones.