by Lilly Wood & The Prick 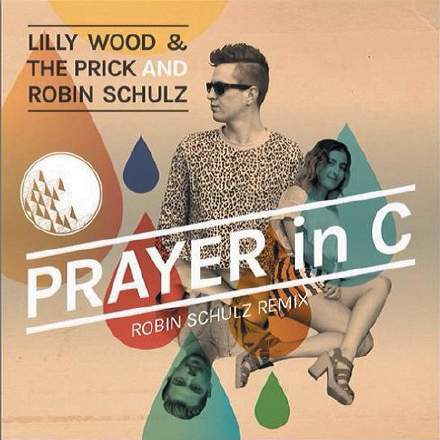 This production features a couple of nice effects worth examining. The first is the opening synthetic clap, which creates a wide stereo image on either side of the central kick-plus-bass rhythmic backbone. A close look at the waveforms of the left and right channels for these claps during the intro gives a clue as to why: following the initial centrally located transient there’s a strong rhythmic pulse in the left channel, followed roughly 11ms later by a similar pulse (my guess is that it’s a simple echo) in the right channel. Even though the two pulses are close enough in time that you hear them as a single event, the inter-ear time-of-arrival difference between them creates a strong stereo-widening effect.

The downside of this image-width enhancement is that the pulses comb-filter against each other in mono, such that the tone of the claps is considerably softened on single-speaker systems. The trick to getting the best out of delay-based stereo widening is to listen in mono and subtly massage the exact delay time to achieve the least damaging comb-filtering, and I suspect that this might not have been done on this occasion. To be fair, though, claps give less leeway in terms of available delay times, because beyond about 15ms the perceptual merging of the sharp transients starts to break down, leaving you with a flamming effect. (On slower-attack sounds you can often create this kind of stereo widening with times of 30ms or more without this problem arising.)

The other effects trick I like in this mix is heard at 0:23-0:39 and 1:49-2:05: a gradual fading-up of the reverb levels (especially on the lead vocal) to a deliberately excessive level to create an ear-catching transition effect. Not only does this work nicely as a structural device, increasing the sense of momentum into the section boundaries at 0:39 and 2:05, but it also highlights the intimacy of the vocals during other sections of the production where the reverb use is much more restrained.