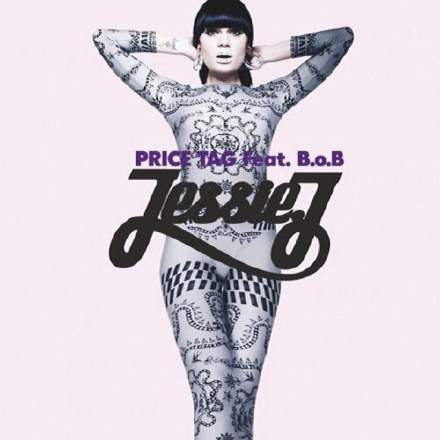 One of the mix engineers I keep quite a close eye on is Serban Ghenea, and (as usual) several of his mixes have been bothering the charts recently. This is my favourite of the current crop, which is a masterclass in mixing for the mass market — by which I mean for cheap playback systems and low volumes. Even on small speakers it manages to retain a feeling of warmth to the low end, yet keeps the vocal clear and cutting, and offers real bite in the drum department. This is partly by virtue of the arrangement, of course, which might be why other more full-textured recent mixes from the same guy (such as Kesha’s 'We R Who We R' or Pink’s ‘Perfect’) feel less focused and powerful to my ears — and seem almost slightly ragged by comparison. It’s the old adage: the less you put into the production, the bigger each element sounds.

There’s more to it than that, though. Notice the tight leash on the extreme lows, for instance, which means that the balance of both bass and kick survives the switch from full-range monitors to small, single-driver speakers remarkably well. The highs, on the other hand are extended and fairly full-on, to keep things shiny-sounding even if your boombox is sitting behind the sofa. There’s also a small but significant peak in the vocal response around 4.5kHz (a hallmark of many Serban Ghenea mixes), ensuring that Jessie’s persona dominates the frequency region where human hearing is at its most sensitive, and which low-spec playback systems are therefore usually best suited to reproducing. Mono compatibility is excellent too, even though there’s a useful amount of spread in the stereo mix on account of widening effects (you can clearly hear such a vocal treatment in the stereo Sides signal during the verses and rap, for instance) and a few wider-panned, but musically inessential, synth and backing-vocal layers.

However, although this mix may well end up next to Gabrielle’s ‘Independence Day’ on my own reference CD, I’ll probably use just a section from early on in the track, because by the final choruses there are so many of those 4.5kHz-rich vocal layers blended together that the whole thing starts to get overly fatiguing for me, in a way that restricts how much I can comfortably turn up the playback volume.

Speaking of the vocals, there are a couple of specific things worth mentioning. Part of the reason why the backing track can be so full-sounding (for a radio single, at least) is that the vocals are pretty shy on low mid-range — Jessie’s melody and lyrics can remain clearly intelligible via their higher frequencies without taking up too much space in the mix and making the bass/drums sound small. Also, if you listen to the vocal’s chorusing effect in the stereo Sides signal, you’ll notice that it sounds like it’s lisping. While this could be a side-effect of the specific processor, I suspect that the effect send has actually been de-essed to reduce emphasis on the lead vocal’s sibilants — a significant concern with any vocal like this that’s so strong in the 3-6kHz region.

Another couple of things spring to mind which are worth pointing out. The first is the snare reverb, which sounds to me like it’s using some kind of nonlinear patch (or else a compressed sample with a truncated tail). You can hear it during the song’s intro, but there’s also another good opportunity to hear it just before the first chorus, at 0:42. I like what this reverb does for the mix, giving a sense of expanse (and some stereo width) to things without contributing masses of tail to muddy the texture. The subtle pad that arrives with the first chorus is also an interesting one. It’s so fizzy that it’s almost unpitched, and it fills out the chorus texture without making the arrangement any more complex, or distracting from the vocal line.

The second verse is also nicely judged, using the added vocal harmony, a hint of tambourine, and some slightly more extrovert guitar work to lift things up a little compared with verse 1, but without any danger of killing the chorus pay-off. (I also wonder how many people discovered that their speakers/headphones were the wrong way round at 1:30, when the panned ‘to the left/right’ vocal responses arrive! :)) I love the backing drops during B.o.B’s rapped verse too (at 2:25, 2:27, and 2:30), especially the last one, which delivers a clear 180ms of digital black – something that’s always something of a head-turner on the radio.

Last but not least, the addition of lush massed backing vocals for the second of the final choruses is pretty effective to my ear, and they make a nice way to end the record too. Speaking of the outro, there’s a lot of subsonic gubbins coming off the vinyl-noise there. This isn’t an uncommon characteristic of vinyl noise in samples, I’ve noticed, and although the low-end woofs don’t really matter much here (given the lack of bass and drums), if you use vinyl noise layers for background texture in your own productions, it’s not a bad idea to high-pass filter pretty drastically to maintain low-end clarity.