by Marina & The Diamonds 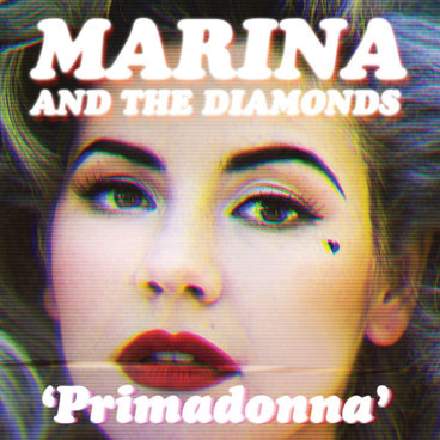 It sounds as if Marina has been listening to P!nk, Ke$ha, and [email protected] Pe®®y on repeat, but who’s complaining if it’s spurred her into writing mouthy pop lyrics like these, and supporting them with a terrifically gutsy performance? What I particularly like about the latter is its sense of range, both in terms of pitch and expression. The low register of every fourth verse line is wonderful, for instance, not just because it’s a rarity to hear a female singer exploiting this region so confidently, but also because it gives those lyrics a kind of boozy petulance that’s very much in keeping with their meaning. I also like the contrast between the breathier head-voice of the choruses and the stridently chest-voice verses, as well as the distinctly Perry-esque alternation of these two timbres during the pre-choruses. But within those broad outlines there are wonderful subtleties to the performance, too: the break-up of those low lines as they tend towards speech; the hammed-up, cheerleader parody of the “ooh”, “yeah”, and “wow” pre-chorus BVs; and the surprisingly affecting change of tone as the chorus line descends for “it all” and “fall”.

All those good things notwithstanding, however, I do wonder whether there’s something a bit strange going on with the vocal formants in this song. Formants are resonance peaks in every singer’s frequency response that we humans are very sensitive to, and which provide us with strong clues as to a performer’s age, size, and gender. Shifting human vocal formants unnaturally low gives the impression of some kind of mythical giant or monster (an effect used to death on film and TV), but as the formants shift upwards, you move through the natural vocal ranges for males, then females, and, finally, children, before heading off into Tombliboo territory. Of course, even the briefest comparison between Michael Jackson and Tracy Chapman illustrates that there’s bountiful overlap between these notional formant ranges in practice, and it’s not the specific formant range of Marina’s voice in this production that bugs me — it’s that the formants appear to be moving about! So “someone else’s fault” at 0:19 comes across like a fresh-faced learner driver, whereas “pop that pretty question” packs more testosterone than the entire cast of Glee.

Now, it’s conceivable that this is simply a virtuoso performance, because there is a significant degree of physical control you can exert over your own formants. Indeed, it’s the stock-in-trade of voice-over artists the world over. However, I’d hazard a guess that there’s some artificial manipulation going on here. It’s not something that’s difficult to do in something like Celemony Melodyne (as will.i.am has demonstrated with depressing regularity), so it wouldn’t surprise me at all to discover that some producers are now deliberately modulating formants more subliminally during post-production, to add synthetic expression to their lead vocals. After all, it’s not a huge step beyond adding fake pitch nuances with Antares Auto-Tune’s vibrato facilities, a technique almost unheard of a few years ago, but which is now thoroughly commonplace.

In addition to the vocal arrangement, I also liked the way the build-up has been managed through the four choruses:

Notice also the modulated/pumped background noise which is particularly audible during the first verse at 0:32. This is a great way of enhancing the audible pumping effect, and works no matter how sparse the rest of the musical arrangement is.