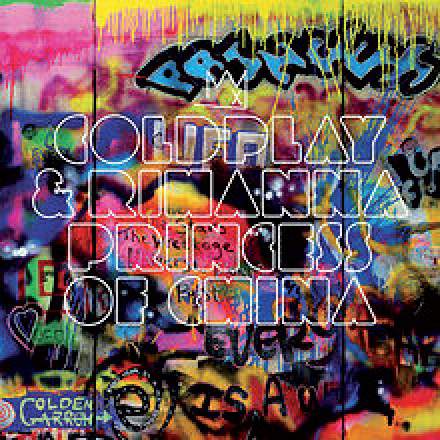 This is a fascinating production; mad as March hare in some respects, but somehow the band manage to carry the whole thing off fairly convincingly. The song’s structure, for example, is enigmatic to say the least. Although you get a clear sense of there being two verses at 0:23 and 1:08, it’s nevertheless tricky to cast this song into any kind of traditional structure. The closest thing we get to a ‘chorus’, for instance, is the ornamented open-fifth riff which bookends the first verse and then recurs at 2:23, but this features no lyrics and is never really framed as a climax, plus it’s all but absent from the song’s culmination from 2:46. The move to the major at 1:32, on the other hand, definitely presents itself like the chorus we’ve been waiting for, with prominent use of the title word “princess” in the lyric, but when it fails to reappear it reveals itself to have been an elaborate red herring! After that the remainder of the song is dominated by material we only hear for the first time at 1:54. That such shenanigans patently fly in the face of much received wisdom on the subject of songwriting is neither here nor there, of couse, given the strength of the hooks, performances, and arrangement/production ear-candy — in fact, it’s quite exhilarating to hear the rulebook being torn up so effectively!

Lovely details abound too: the subtly shifting verse vocal arrangements and effects, especially the inhumanly tight octave doubling at 1:18-1:28; the fantastic arpeggiated flourish across the downbeat at 0:46; the woozy backing pitch-droops into Rihanna’s “whoa” BVs (as at 0:12) and the start of each verse (0:23 and 1:08); and the incongruously child-like “la-la-lah” BVs at 1:56, with their shadowy reprise during the final workout. However, the crowning achievement of this song for me is the palpable sense of lift-off generated when the outro kicks in at 2:45. The arrangment clearly has a lot to answer for here, with its euphoric choral block chords and powerful bass underpinning, but personally I think the main source of gooseflesh is the dissonances, the most important of which occur between the lead vocal and bass.

First you get the tritone at 2:44, generating an expectation (based on the prevailing four-bar chord progression) that the top line will resolve upwards onto the third of an A major chord. But when the bass drops instead to a ‘D’ at 2:56, the ‘C’ is transformed instead into a seventh which only properly resolves in the middle of the following bar when “no, you really hurt…” arrives at 2:49. A repeat of this same melodic contour then produces parallel sevenths with the bass at 2:55-2:57, and at 3:06 the vocal’s high ‘D’ delivers both ninth and seventh clashes as the bass moves from ‘C’ to ‘E’ underneath — a trick repeated at 3:16 by the vocal ‘B’. What’s important, though, is that these dissonances aren’t just chucked about at random. Intense and sustained as the clashes are, they do nonetheless eventually resolve in a musically convincing manner to neighbouring consonances, so that it’s easy for the average listener to make sense of them within the context of the underlying harmonic progression (with which, incidentally, they were already familiarised during the “you stole my star” section at 1:55-2:11).

But there’s another source of harmonic tension here too: the sustained ‘A’+‘E’ open fifth that forms the skeleton of the high piano layer, and which sustains right through the outro oblivious of the changing chords underneath. Needless to say, these notes frequently clash with the harmonies beneath them (it’s only the chord of ‘A’ major that leaves them both consonant, in fact), but because the notes remain static it’s comparatively easy for the ear to separate them out mentally, so that, once again, they don’t confuse the nature of the underlying harmonic progression. Proper craft, that is.

I understand that Brian Eno’s job during the Mylo Xyloto album sessions was apparently to veto anything that sounded like Coldplay, and I can’t criticise his zeal in this respect, given the unusual structuring and sound choices here. As with the no less barmy 'Paradise', though, I do feel that they’ve pushed the mix rather too hard into the endstops at mastering, which feels like it’s reducing the clarity of my favourite section of the song here – the climax section from 2:45 to the end, a section already struggling a bit in the face of so many fizzy and distorted arrangement layers.