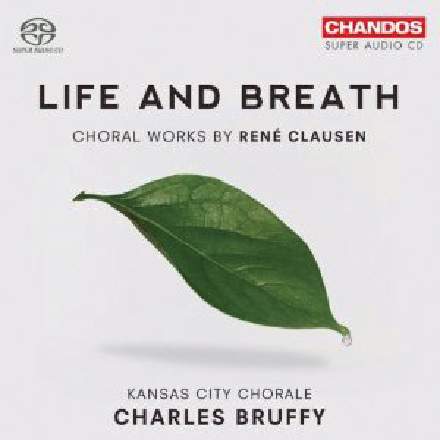 Do try to chase down this year’s Grammy winner in the ‘Best Engineered Classical Album’ category if you’ve any interest in the pros and cons of different classical recording techniques, because even the simpler tracks such as ‘The Lamb’ are quite thought-provoking in that regard. Given the wide, fairly diffuse stereo picture and bottomless LF extension, it’s probably safe to say that the engineers relied heavily on spaced omnis for overall pickup of the ensemble. The recording venue was the Our Lady Of Sorrows Church in Kansas City, a fairly capacious stone building, and while this is all well and good for this type of choral music, the challenge with using omnidirectional mics under such circumstances is that you have to put them relatively close if you don’t want your recording swimming in reverb. As you’d expect, the wet/dry balance in general is very nicely judged on this CD, but it feels as if the comparatively close microphone placement has slightly exaggerated the ensemble’s depth. I’m assuming that the singers were standing in two rows, with the women just in front of the men (a common performance setup), but it frequently sounds as if they’re separated by two or three metres, for example at 2:23-2:39.

I say ‘frequently’, because the distance perspective doesn’t remain static, implying that additional ‘spot’ mics (either more closely placed or using directional polar patterns) have been used to allow some post-production control over the choir’s internal balance. Listen to the words “softest clothing” being sung by the sopranos towards the left of the image at 1:22, for instance, and then their rendition of “making all the vales rejoice” at 1:38: the former feels a lot closer, very much as if someone’s riding a fader behind the scenes. Whether this depth-shift concerns you is largely a question of personal preference, and a lot of engineers and listeners don’t sweat it. However, some engineers (myself included) find it a bit irritating in a classical context and prefer to blend the spot-mic signals back into the main stereo array using artificial reverberation. But that approach isn’t without compromises either, because overlaying a simulated acoustic inevitably undermines the realism of the recording venue’s own natural spatial cues, no matter how carefully you twiddle the processor’s knobs. Ultimately, as with so many recording decisions, every engineer has to decide for themselves which is the lesser evil.