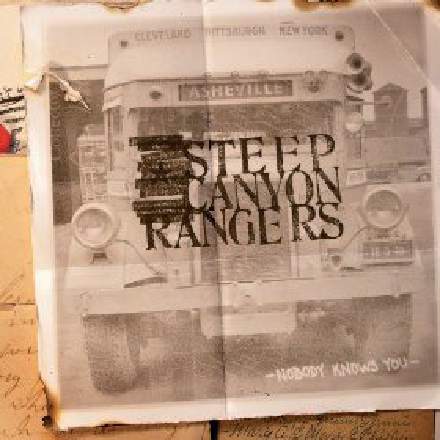 Bluegrass is more about albums than singles, but this song is a good place to start if you’ve yet to discover the Steep Canyon Rangers’ Grammy-winning Nobody Knows You. Recorded and mixed by veteran Bluegrass supremo Gary Paczosa, it’s a thing of beauty from an engineering perspective, and would make an excellent quality benchmark for any student of acoustic ensemble recording. Fiddle, mandolin and banjo can all sound ferociously scratchy in the wrong circumstances, so it’s marvellous to hear them all so smoothly and warmly captured, allowing the lead vocal to maintain its frontal position effortlessly, without any need to overplay the nasality of the Southern twang. The bass is enviably controlled too, with a touch of 70Hz resonance playing into the musicians’ hands, emphasising the key’s root note. The instrument comes through beautifully on small speakers, as does the ensemble balance as a whole.

The stereo picture is equally delicious. Each instrument has its own well-defined zone: the guitar and banjo balance each other on opposite flanks, as do the mandolin and fiddle at centre-left/right, leaving the bass and vocals to claim the centre ground. Despite this, however, the sense of cohesion across the ensemble is magnificent, so that the band is presented as an organic whole, rather than as a set of discrete single-point sound sources. If this is something you struggle to achieve with your own recordings — and many small-studio engineers do — bear in mind that Bluegrass records are often tracked live in one room, and that Paczosa, like a lot of his peers on the scene, actually capture most of the instruments in stereo, even though they may only spread each pair of microphones a little way across the panorama at mixdown. In this specific case, for instance, notice how the apparently wide-panned banjo and guitar parts are each clearly audible (although with less presence) in the opposite stereo channel, which suggests we’re hearing both of them through more than one mic apiece.

Finally, this mix is a masterclass in tasteful fader automation. This kind of uptempo texture is tremendously busy, so it really serves the music that the microphone balances are constantly being adjusted to pull out particularly interesting little licks and fills (for example the high banjo line at 0:43, the fiddle at 1:54, and the guitar at 2:59) — it makes the music feel more accessible and melodic to the casual listener, in my view. And of course it’s lovely to have the spectacular soloing nicely spotlighted in this way at 1:54-2:29 too.