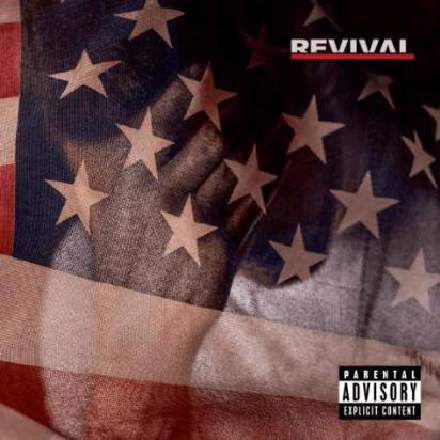 As I hold both Eminem and Ed Sheeran in the highest esteem, I was looking forward to hearing this collaboration. Unfortunately, I felt myself struggling a bit to understand all the lyrics. Initially, I figured this was my own caffeine-deficient mental sluggishness, but as the impression survived several industrial-grade teabags, I compared ‘River’ with several of Eminem’s earlier releases. Finding my suspicions confirmed, I naturally began wondering about the cause…

On the face of it, what’s puzzling is that the vocal level seems healthy enough in general. I wouldn’t want to turn it up any more overall, for fear of leaving the backing track underpowered by comparison. But the vocal tone seems somehow to work against the lyric intelligibility here, since it relies quite heavily on the upper mid-range to bring out the words. This makes it compete directly with the drums, which are likewise panned centrally and have lots of harmonic density in that spectral region. Not only does this encourage frequency masking, but it also adds an element of confusion to Eminem’s quick-fire consonants, by overlaying them with all those skittering hi-hat/snare details.

I wonder whether another factor is that the amount of proximity effect seems to be quite variable. For instance, if you compare “knife in hand, says the relationship’s hanging by a strand” (0:52) with the following phrase “so she’s been on the web lately”, you can hear a definite alteration in the low-end weight. This kind of thing can interfere with lyric tranmission at mixdown because the low frequencies of a vocal sound don’t contribute much to word comprehension, so fuller-sounding syllables tend to be less intelligible at a given mix level than thinner-sounding ones. Most compressors react more to low frequencies too, reducing the relative mix level of notes with more proximity effect.

But it’s probably also a question of automation, because the level seems to drift a fair bit in the medium term, making some phrases seem significantly clearer and more upfront than others. (Compare “It’s hard to find the words… what you deserve is the truth” (1:42) with the more recessed “So I revert to the studio… turning into” (1:50), for example.) It’s Eminem’s unstressed syllables that seem to elude me most as a listener. To get a better idea of what I mean, try loading this record into your DAW, find the lyric “speeds at a high rate, like I’m sliding on ice maybe” at 2:57, and use fader automation to push up the level of “at a”, “like I’m”, and “-be” by three or four decibels apiece. Ignoring the backing-track pumping side-effects this produces (these wouldn’t occur if you were riding the lead vocal alone), the words come through more clearly, without making the vocal delivery sound unnatural or increasing the vocal’s overall mix volume appreciably. It’s tedious work, admittedly, but I can think of few lyricists who deserve maximum intelligibility more than Eminem.