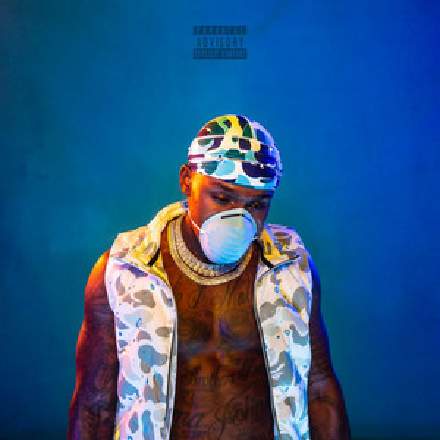 I’ve always been a fan of harp in urban tracks, and this is the most upfront example I can recall since Brandy & Monica’s ‘The Boy Is Mine’ back in the late ’90s! What I particularly like about the harp here, though, is how it’s treated during the breakdown sections when the main beat drops out. At 1:15 for instance, it’s got a gently crunchy bandpassed sound that’s not only quite ear-catching in its own right, but also makes the sonic contrast greater when the main beat returns at 1:25. But the first break at 0:46 is even cooler, I think, because it does some kind of processing that removes all weight and attack of each harp note, leaving behind only a kind of ghostly rhythmic ambience. Is it a wet-only ambience reverb or multitap delay, or some kind of abused spectral processing, or perhaps a modulation of some kind (it sounds like there’s some pitch-wobble in there)? Whatever it is, I think it works really well, creating a similar contrast to the band-pass filtering, but in a fresher-sounding way.

I also really love the distinctive rhythmic styles of both main rappers, which are set in bold relief by the contrast between them. DaBaby’s verse is full of virtuoso quickfire patter, and makes a lot of capital out of grouping the underlying triplet subdivisions in different configurations. In particular, I like how DaBaby constantly flips between traditional ‘three-triplets per beat’ groupings, (eg. “I’m really the baby, she know that her…” at 1:01) and a hemiola situation were three groups of two triplets span two beats (eg. “…youngest son was always guaranteed to get the money."). And then Roddy Ricch’s verse is totally different, sashaying languidly around the beat, at times locked in (eg. “We spin his block, got the rebound Dennis Rodman” at 2:03), at others pulling so far back that he almost feels divorced from the groove (eg. “you can’t cross me again, 12000 horsepower, I get lost in the wind” at 2:06). Probably my favourite moment, though, is when he totally messes with the general syllable rate and meter he’s established so far by launching into that long held “May-” on the line “Maybach for my refugees” at 2:13. A great, swaggering performance!