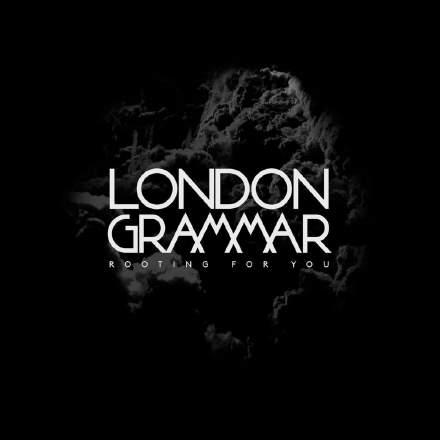 Don’t get me wrong, I can see where they were coming from. Few people would argue that Hannah Reid’s vocal performance wasn’t pivotal to the success of the band’s breakthrough hit 'Strong' — so why not simplify the backing track, shift more focus onto the lead singer, and thereby boost the commercial appeal even further?

The problem with this logic is that ‘Strong’ already felt stripped back to its bare essentials, with just enough interest in the fragmentary instrumental riffs, skeletal rhythmic groove, and arrangement dynamics to give momentum to the musical structure and support the singer’s inter-phrase melodic lulls and occasional emotional reticence. Whereas this new production’s backing track seems so leached of any meaningful musical content that I’d not be surprised if it had been whipped up in a spare half hour by a jobbing media composer for a documentary about the last of the Hebridean lighthouse keepers, or some similar exercise in widescreen listlessness. Yes, she’s a good singer, but I can’t help feeling that neither she nor the song muster sufficient star power to carry such an uncompromisingly Spartan production.

Leaving that to one side, you’ve got to admire the way the vocal production maintains its sense of ‘single-take’ authenticity, despite a tremendously controlled vocal presentation. Notice how the tuning is absolutely in the pocket, but never sounds meddled with. How every line is assured and solid, without the occasional natural tonal misfire or head-voice hesitancy that can be heard on her live performances. And how the breaths are all present and correct, but at the same time clearly recessed in the balance when you stop to consider how breathy the sung vocal tone is. (Likewise the sibilance.) Her mix levels are also beautifully managed. Consider the lyric “and I need her tonight, because I’m scared of loneliness” at 2:27. I love the way the soft swell and aspirated ending of “-night” are right there under your nose, and yet when she opens up for “scared of loneliness” it doesn’t seem constrained, even though there must clearly be some serious level control occurring to maintain her mix position.

The only slight fly in the ointment is that I struggle to hear the words on several occasions, perhaps most of all at 1:31-1:46, which I’m still unable to fully decipher after repeated close scrutiny. Call me a stick-in-the-mud reactionary, but 100-percent lyric intelligibility seems like a basic requirement given such a vocal-led production. It’s not just a mix thing, either, because she already totally dominates the mix balance and there’s precious little going on in the backing track to mask her. She’s just not enunciating clearly enough, which fragments my understanding of what the song as a whole is supposed to mean. A shame, because it sounds like she does actually care about what she’s written.