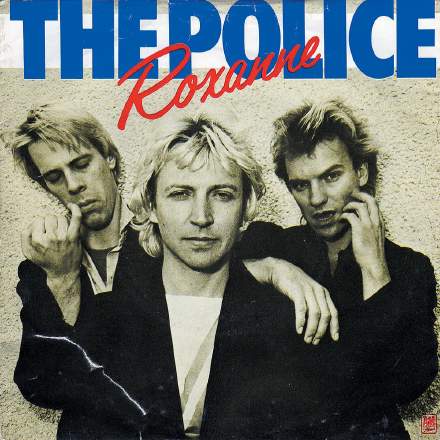 Despite apparently having been recorded in a studio with egg boxes on the walls (which wasn’t a good sign even 35 years ago), this production still boasts one of my favourite close-miked drum sounds ever, comprising thick, punchy snare, kick and tom sounds, along with a mix that places them right in your face. As such, it’s an excellent record to listen to if you fancy reminding yourself of the kind of dynamic power that has so often been sacrificed these days in pursuit of mastering loudness — and there are few mixes that will reveal a peak limiter’s dirty laundry as brutally as this one! The cymbals don’t thrill me quite as much, though; it sounds as if the hi-hat’s picking up some rather phasey spill from the snare mic, for instance, and the crash cymbals really lack sustain once the chorus kicks in, as well as sounding as if they’re about six feet behind the hi-hat and ride (the latter can be heard particularly well in the pre-choruses at 0:47-1:00 and 2:00-2:12).

Recording any three-piece band usually presents something of a stereo positioning problem: if you put your kick, snare, bass, and lead vocal in the centre of the stereo picture (as is usually wise), then you have to decide whether the remaining instrument, in this case Andy Summers’s guitar, should be panned off-centre. If you leave it in the middle, the whole mix will tend to sound a bit narrow, and the guitar will be more likely to obscure the vocal; if you push it off to one side, though, there’s a danger that the production will sound lop-sided, given that there’s only one guitar. There are various ways of attempting to square that circle, and the method used here is to pan the guitar’s dry signal and reverb fairly hard to opposite sides. (You can hear this most clearly in the song’s intro.) It’s interesting that the chorus backing vocals, by comparison, are panned quite conservatively, a little to either side of the lead. I think most people would instinctively have spread them a little further out. They seem a bit constricted in stereo to me, but they do of course keep their balance better in mono as a result.

This song also contains one of the best-known recording gaffes: Sting apparently played the upright-piano cluster at 0:04 with his arse while stepping a little too far back from the vocal mic, and couldn’t then help laughing on-mic at 0:06! Even in 1979, I don’t think those sounds need have been as prominent as they are in the final mix. They were recording to 16-track, so the vocal would presumably have had its own track, and even if it was recorded live with the band, I’m sure you could easily have muted the vocal mic until the last snare hit of the intro at 0:14 without compromising the drum or guitar sounds very much — everything here’s pretty close-miked, after all. So I reckon producer Nigel Gray and the band probably shared Tom Dowd’s attitude to mistakes: if you’ve got one, turn it up! By doing this, you can potentially transform the mistake from a liability into a minor hook, and it can draw you into the illusion of being part of a raw live performance.

I always felt it was a bit of a shame that the edit at 0:47 was a bit clunky, because it undermines this whole ‘band in a room’ vibe for me. I’m pretty sure it’s an edit of the two-track master because you can hear that it kills the reverb tail on the last word of ‘you don’t care if it’s wrong or if it’s right’. Being charitable, perhaps the take prior to the edit started the word ‘Roxanne’ earlier than the take prior to the edit, which would have forced the engineer’s hand, but otherwise it must just have been a question of ‘that’ll do… Next!’