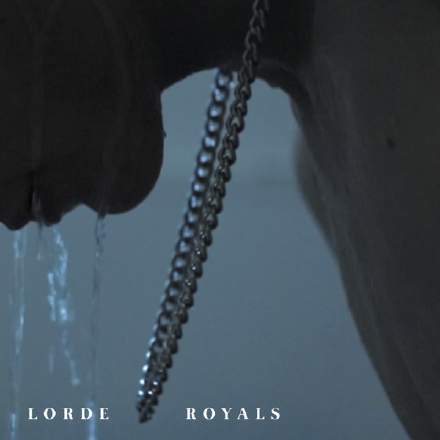 This has got to be my favourite sassy anti-bling manifesto since Ms Dynamite’s ‘It Takes More’. It’s great to hear real low-frequency reverb on a chart record, as on the kick-drum here. You rarely get to appreciate a reverb unit’s low-end tail in such isolation because of the need to keep the low frequencies of the mix clear of clutter but, as there’s nothing but the kick and bass going on in the lower octaves, why not make hay? There are lots of clever moves in the backing-vocal arrangement too. The progressive stacking up of ‘I rule’ at the end of the chorus is a signature moment, and very efficiently avoids any lull in listener interest. And notice how the ’s' of ‘royals’ (for example, at 0:48) is neatly placed on the beat to support the groove. My favourite BV section is the second verse, where their entry at 1:13 helps lift the song’s energy, but removing them completely to expose the lead line’s ‘that we’re fine with this, we didn’t come for money’ then underlines the song’s central lyrical theme.

The synth that also appears at 1:13 performs a structural function, differentiating the second chorus from the first, and a further subtle off-beat synth pattern elevates the final chorus a notch further. Both chorus additions are, wisely, fairly restrained, keeping the listener’s focus on the lead-vocal gymnastics. The lead vocal itself is a fantastic example of a singer inflecting the ends of notes to expressive effect: ‘flesh’ (0:03), ‘town’ (0:18), ‘envy’ (0:21), ‘blood’ (0:50), and ‘money’ (1:35) all finish with their own subtle little curlicues, and there’s even one on ‘code’ at 1:16 that all the backing vocals join in on.

If you chop this song into sections and phase-cancel the choruses against each other, it’s clear that the chorus vocals have been copied and pasted. If you like this song, that leads to an interesting philosophical question: should copying and pasting vocal choruses be frowned upon? Several high-profile producers are dead set against this kind of thing. Here’s Wyn Davis, for instance: “People will come in and work hard to get something on the first chorus and then say ‘OK, can’t you just paste that everywhere now?’ When people used to play these performances from top to bottom, there was a synergy with that track that happened. Something would evolve as the track went on. You definitely lose that if you’re just using a hard-disk recorder as a glorified musical word processor.”

But what does that loss of ‘synergy’ amount to in this specific case? On a commercial level, I’m not convinced that Lorde’s sales would have been greater with through-sung vocals, because she stamps her character all over proceedings just fine as it is. I don’t think there’s a net loss aesthetically either. Given how much of the average pop production process is dedicated to vocals, copying chorus vocals might well allow you to complete two releases within the man hours required to through-record one. So if you like Lorde’s songs, would you rather have only one, or two with slightly more repetitive chorus performances?