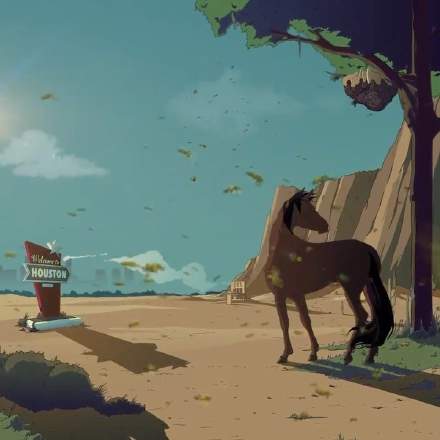 When is a chord not a chord? That might seem like an odd question, but we actually engage with it all the time, and it’s something that makes chord recognition such a difficult task for AI algorithms. Take the opening line of the Beatles 'Yesterday', for instance. Even though the lead vocal starts on the second degree of the scale, no-one would seriously suggest that that bar’s chord was F9, because it clearly sounds like a simple F chord over which Paul McCartney’s “yes-” is just a fleeting G appoggiatura falling back to F for “-terday”. In other words, it’s possible for a specific ‘chord’ in its most basic sense (ie. a collection of simultaneous pitches) not to be a ‘chord’ harmonically speaking (ie. something you’d consider worth assigning a chord symbol on a lead sheet).

With this in mind, consider the main chordal loop’s harmony here. It’s already quite interesting in its own right, because the Eb chord has both a minor seventh and a minor ninth, but there’s no third at all, which makes the sense of tonality intriguingly vague. Indeed, I’d say it’s more modal than tonal, fitting into the same Db pentatonic scale that Queen Bey’s lead and backing vocals almost exclusively occupy. However, the final chord in each four-chord pattern is then shifted up a semitone wholesale, so Eb-Bb-F-Db becomes E-B-F#-D. But although there’s precious little difference in texture or registration between these Eb and E chords, I’d argue that the latter isn’t actually a distinct chord harmonically speaking, but rather just an ornamentation of the first. In other words, the raised E, B, F#, and D notes neither serve any strong harmonic function nor define additional tonal/modal scale tones, so they’re effectively just melodic embellishment – ie. simultaneous upper mordents on the main chord shape.

All this might seem like splitting hairs, but the idea of introducing dissonant chords into an otherwise conventional harmonic progression by virtue of melodic ornamentation is extremely powerful, because easily understandable melodic motion allows listeners to make sense of unexpected harmonic sonorities they might otherwise baulk at.

One other little thing not to miss while you’re enjoying this production: the fast autopanning on the electro-cymbal that’s first heard at 0:24. A very simple little trick, but a nice way of making (presumably) a mono sample more engaging in stereo. Listening to the pre-Beyoncé original release version of this single, it actually seems clearer there, so I assume they added extra effects and/or layers to it later. Shame – I thought it was more ear-catching the way it was…