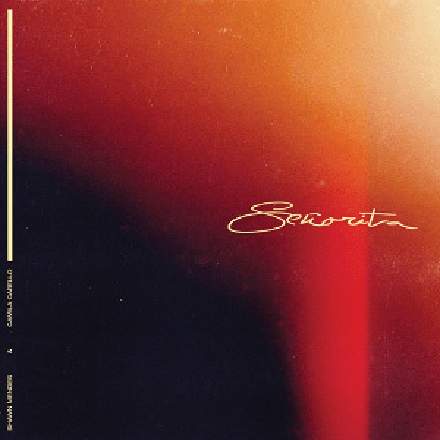 It always tickles me when singers are too busy getting their soul on to make up their minds about whether they’re affirming or denying their own lyrical message. So I couldn’t help smiling at 0:47, when Shawn Mendes comes out with “It felt like ooh-la-la-la, yeah, no”. It would have been so easy to make that final “no” into an “oh”, for instance, so I’m assuming he left it in there just to amuse us pedants… (Still, he’s a rank amateur compared with Anastasia’s ‘I’m Outta Love’, which manages to trawl through 19 “yeahs” and 13 “nos”, including the incomparable ad lib “no, no-no-no-no, no, yeah!")

Even putting aside such petty quibbles — and the hook’s striking rhythmic similarity to ‘The Girl From Ipanema’ — a couple of other things interfered with my enjoyment. Regular readers will know I’m no fan of trowel-applied tuning/timing correction, and clearly no-one’s spared the editing scalpel here, but to be fair it’s mostly within the bounds of taste for the genre. Notwithstanding, the chorus goes one step too far for me, as the octave doubling between the two lead singers exaggerates the unnatural precision and synthetic timbre of their hyper-corrected timbres — making them sound unappealingly like virtual instruments. There’s just something about octave doubling that compounds those unmusical side-effects; other intervals seem to work much more inoffensively.

In addition, the little bridge section leading into the final chorus feels harmonically rather ungainly. I’m no enemy of colouristic dissonance in principle but, in the context of a song that’s had pretty functional harmony up to that point, it feels weird that the vocals settle onto B and F at 1:58. Not only do these notes have nothing to do with the A minor chord they’re sitting over, but they also defy voice-leading conventions by both leaping upwards (to E and A respectively) on the downbeat of the following bar, one of which notes is also foreign to the underlying Cmaj7 chord. Then the section ends on a first-inversion Em chord that creates precious little harmonic momentum into the chorus’s opening Am. Shame they didn’t sneak in the bass G# leading note used elsewhere (eg. at 0:32 or 1:22), as I reckon that’d have made the transition stronger.