by Florence & The Machine 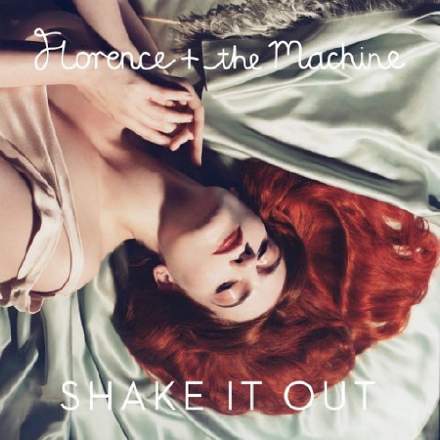 A production with lots of heavy delay/reverb like this is a fairly rare beast these days, so it’s interesting to consider how the mix engineer (Spike Stent in this case) seems to have endeavoured to avoid the sonics dissolving into a washy mess. Firstly, notice that although the drums, pads and backing vocals are thick with reverb, the lead vocal doesn’t appear to be. Based on the lack of vocal reverb in the stereo Sides signal and the rather truncated-sounding effect tail audible at some phrase ends (such as “way” at 0:49), I’d guess that the main time-domain effect on the lead probably consists of a short, low-feedback, tempo-sync’ed delay. As a result, Florence naturally maintains some distance from The Machine in the mix’s front-to-back dimension.

The fact that the pads and reverb/ambience all seem to be very wide also helps with vocal intelligibility in mono, as a lot of that stereo information simply cancels out when the stereo channels are summed, causing a big drop in the prominence of those backing elements in the balance. The stereo Sides signal reveals a distinct loss of low end below about 70Hz as well, which leads me to think that the rolling bass-drum timbre is more a product of borderline-lunatic close-mic compression abuse than of low-frequencies from stereo overhead/room mics or reverb effects — I presume that high-pass filtering was probably applied fairly liberally to prevent too much LF ambience muddying the low octaves.

As for the drums themselves, although the reverb/ambience level in the mix is high, the effect sound is short and quite bright (a bit like a medium-sized stone room, to my ears) so that it doesn’t clutter the mix with a huge tail and is also more subjectively audible at a given mix level than the duller reverbs that you might typically use for general-purpose ‘behind the scenes’ mix blending. Some kind of dynamics processing is also probably helping with the kick/snare ‘cut-through’ too, because their hits both appear to be ducking the drum overheads/ambience fairly heavily, as evidenced by the strange reverse-envelope character on the cymbal accents. It’s tricky to speculate as to how this ducking has been implemented (it could be anything from simple mix-bus compression to some complicated side-chain concoction), but whatever’s doing it seems to be releasing quite quickly (a setting of 50ms or so, at a guess), which means that the gain-pumping isn’t as as audible as it might have been.