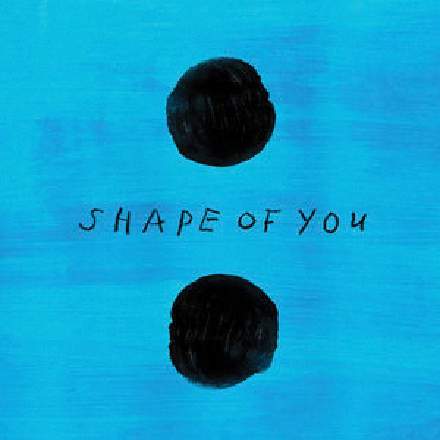 I have the greatest respect for Ed Sheeran as a songwriter and performer, and have commented favourably on 'Thinking Out Loud' and 'The A Team' in previous critiques. However, I can’t help feeling that the enormous commercial success of his recent pair of post-hiatus singles has more to do with sheer “Wow, Ed Sheeran’s back!” effect than the actual qualities of the music itself. The strange harmonic meanderings and over-saturated chorus texture of ‘Castle On The Hill’ leaves me completely cold, while ‘Shape Of You’ feels more like video-scaffolding than it does something designed to sustain a listener’s interest musically in its own right.

Always on the lookout for a silver lining, though, I can muster some admiration for a couple of elements of the latter song’s sound design. The rhythmic acoustic-guitar percussion filigree first heard at 0:05 is a great effect, and nicely judged in terms of creating a fluid groove. (That this gives the nod to the guitar-troubadour facet of Sheeran’s musical persona can’t be bad for brand recognition, either.) And the other moment I rather like is where that extra little guitar part enters the fray at 2:10, serving to differentiate the second chorus from the first. What I find slightly unusual about this added layer is that it’s resolutely mono, whereas it’s much more common, in my experience, for such second-time-around section embellishments to make their presence felt by extending the stereo field and/or depth perspective. Here, however, the part sets itself in relief by contrasting its more sustained nature with the fragmentary phrasing and staccato delivery of the other arrangement elements, as well as by its gently phased timbre.