Shout Out To My Ex 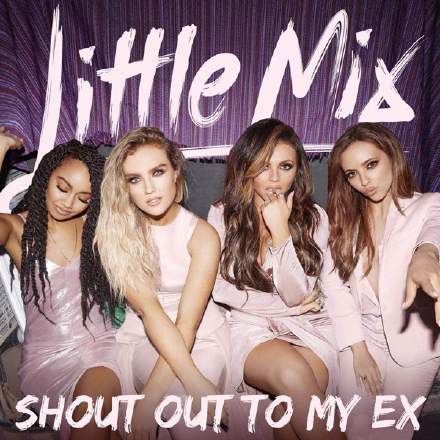 I’ve been a fan of Serban Ghenea’s mixes ever since his work on NERD’s In Search Of… 15 years ago, but I’ve always had him down as a bit of a ‘loud and upfront at all costs’ kind of guy. As such, I expected to be able to just ‘set and forget’ a comfortable listening level for this mix, confident that I wouldn’t get any surprises, and was thus startled to find myself reaching for the volume knob the moment the first chorus arrived, because it suddenly felt too loud. In a song with a title hook containing “shout out”, I can’t help thinking this is a good thing, even if only as a moment of sheer impact, but what’s more intriguing is that I don’t reckon Ghenea (or indeed Little Mix’s label Syco) would sanction such long-term dynamics at the expense of overall loudness without solid financial reasons, which suggests that they now consider more dynamic (well, slightly more dynamic) mixes to provide a real commercial advantage. If so, that’s a definite signal of the tide turning in the Loudness War, as I see it. (Or, at least, the current one. Mark my words, though – I reckon we’ll have a new Loudness War soon enough, as producers start adjusting their work in response to the loudness detection algorithms instead. Whether this will impact the nature of music as harmfully, only time will tell.)

Issues of loudness aside, this mix is also noteworthy for its use of widening effects for the verse lead vocals. This is a common pop tactic (and something I’m especially partial to myself!), for a couple of reasons. Firstly, if the singer is made to occupy more of the stereo panorama, it implies psychologically that they must be in the foreground of the image – in other words closer to the listener. And, secondly, by sharing the vocal’s energy more evenly between the Middle and Sides components of the stereo signal (but without compromising its nominally central stereo position), you reduce the vocal balance change relative to panned signals when the mix is heard in mono.

This song’s specific implementation is particularly classy, though. For a start, if you listen to the stereo Sides signal, you’ll hear that there’s a lot going on (primarily some kind of subtle detune or modulation effect, but also a touch of mid-range ambience), but when you switch back to the full mix it still sounds commendably dry and upfront. This speaks to me of very careful tailoring of the effect spectrum, keeping its frequencies well masked behind those of the dry sound. But what’s also exemplary is how the widening folds down when the mix is heard in mono – not a trace of chorus-y modulation artifacts or adverse early-reflection comb-filtering. In fact, on those grounds it wouldn’t at all surprise me if Ghenea had an M-S matrix eliminating the mono component from the widening effects' return channels.