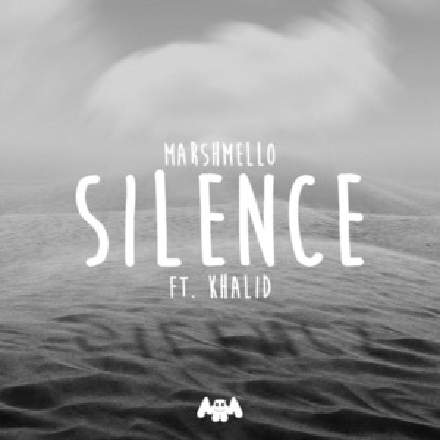 Arguably the most basic loudness processing technique is digital clipping — in other words, just turning up the mix until it exceeds the digital headroom of the delivery medium. However, dealing with the side-effects of clipping on music signals isn’t as straightforward as you might expect, because although the primary side-effect of digital clipping is distortion, its impact and audibility on different sounds varies a good deal, as this Marshmello production demonstrates rather neatly.

So, for example, the kick-drum sound that first appears at 0:26 is fairly heavily clipped (several waveform flat-tops of 70-100 samples per hit), but it doesn’t actually sound ‘distorted’ as such, because the distortion harmonics meld perceptually with the drum sound, becoming an integral part of its timbre. Yes, the drum in the original mix will have sounded different, and it may have lost some low end (relatively speaking) from shifting the spectral balance in favour of upper-spectrum harmonics, but that’s academic as long as the artist was happy with that final altered timbre — after all, the public only ever hear the ‘louder-ised’ release version. However, if you now listen to the song’s introduction, you can quite distinctly hear the artifacts of flat-topped regions that are only a 10th as long (at around 0:07 and 0:10), partly because there’s nothing noisy or percussive in the arrangement at that moment to mask them, and partly because the unmatched left-channel and right-channel clipping locations make the distortion ‘sprinkles’ appear hard-panned, so they’re easier to separate perceptually from the rest of the stereo picture. With these two illustrations in mind, it should therefore be clear that clipping as a loudness enhancement tends to work best when it catches centre-panned percussive peaks while avoiding smoother and more stereo sources.

The effect of clipping on pitched sounds is also rather context-dependent. Although polyphonic instruments quickly sound pretty nasty under even light clipping, it’s rare for anything other than bass and lead vocal (both usually monophonic signals) to have enough peak level to risk serious flat-topping in mastering situations. In those cases, clipping may not immediately make things sound obviously broken, because the added odd-numbered harmonics will be perceived more as a timbral change than anything else. On simple bass lines, this tends to manifest itself as an extra square-wave-like tonal character, but with lead vocals I find it adds a certain hardness to the sound. You can hear this on “fighting” at 0:18 or “been lying” at 0:24, for example, which both have a tonal edge that’s absent from the smoother, scarcely clipped “a feeling of comfort” at 0:20. Occasionally, you may also get interactions where the large low-frequency waveform excursions of a bass instrument don’t themselves clip but cause other instrument waveforms to do so, which can lead to slightly grainier-sounding character. If you’re wondering what I mean by this, there’s a prime example on the word “alone” at 0:35, where the vocal is being clipped by the bass, giving almost a whiff of ring modulation to the singer’s tone.