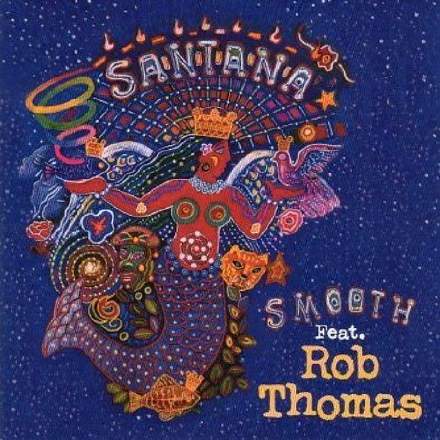 There are a lot of thought–provoking mix decisions in this track, first and foremost Carlos Santana’s lead guitar sound, which trades heavily on its 300-500Hz region to anchor itself in the mix balance. This is a little unusual in my experience, because that spectral region is usually fought over tooth and nail in most mixes — the subjective warmth of many instruments resides in that zone, and mix clutter also normally builds up most quickly there. The nature of this guitar sound therefore means that the brass and piano have had to be pretty severely thinned out to prevent overall muddiness developing in the mix as whole, and the bass also relies on its fundamental and an equally strong first harmonic so as to leave space for the guitar above 300Hz.

The additional difficulty here, though, is that the lead guitar doesn’t play all the time, so how does the mix compensate for this loss of low mid-range? Well, the lead vocal helps in this respect during the choruses in particular, where its reasonably full tone also helps make it stand out nicely in the balance. In the verses, though, the telephone–style distortion effect thins out the singer’s timbre, and it seems to me that the piano is the main part to step into the breach — you can hear it being ridden up in the balance considerably at those points, as well as being ridden down again whenever the guitar makes an occasional interjection. The brass arrangement also seems to help a little too, by shifting to a lower register there.

The second verse has a rare treat for headphone listeners: a clearly distinguishable whispered-vocal double–track in the right channel only, something that’s much more dramatic when you hear it over cans. What makes it even better, though, is that it’s disconcertingly sporadic, only appearing on some lines, so it keeps taking you by surprise. And then, just when you’re beginning to get used to it, it suddenly swaps sides to emphasise the line “you hear my rhythm on your radio” — rather fitting really, given the filtered vocal timbre. And the next swap, this time a left–right–left sequence, is even more apt, appearing as it does for the lyric “turning you round and round”.