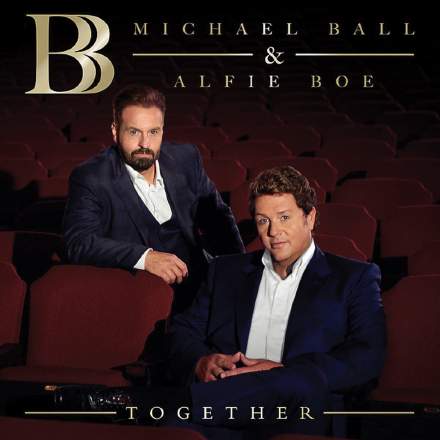 Judging by the album charts, I’m guessing that an awful lot of grandparents found this duo’s latest album under the Christmas tree this year! For my own part, as a clandestine fan of the 1985 London cast recording of Les Misérables, I was primarily intrigued to hear how Michael Ball’s voice was holding up, and I have to say that he’s still very much on form. Perhaps too much, in fact — by which I mean that I found myself a little distracted by the recurrence of some of his signature vocal mannerisms, in particular the momentary (and often falsetto) aspiration he likes putting before certain syllables for expressive effect: “H-wait for us” at 1:21, “s-H-omewhere” at 1:57, and (saving the best for last!) “Hhh-We’ll find a new way of living” at 2:00. Perhaps these would tug more powerfully at my heartstrings if I’d not spent the last 30 years in the company of “H-Oh my friends, my friends don’t ask me, Hh-What your sacrifice was for…” Not to be outdone, though, Alfie Boe manages to slot in three instances of one of his own favourite vocal tics within the space of about six seconds (the upwards pitch-glide you can hear on the word “time” at 1:45, 1:48, and 1:51), with at least as many instances appearing elsewhere in the song.

Now, I can totally understand the commercial argument for a singer creating and maintaining their sonic ‘brand’ by cultivating some stylistic mannerisms, but I can’t help feeling that recycling the same vocal tricks too often risks turning any performer into a caricature of themselves. Plus, if the devices in question are of a type designed to intensify expressiveness, as they are here, such repeated flogging only serves to dilute their desired emotional impact.