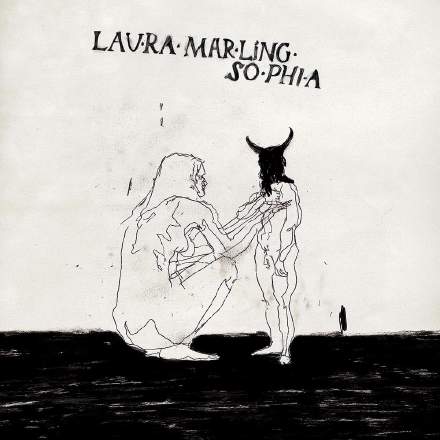 The opening of this recent single features a considerable level of background hiss. Not that I mind — on the contrary, I think hiss has a lot to recommend it here, because it adds a kind of background width and ‘air’ to the sound, as well as subtly gluing the different elements of the production together. And this last side-effect is pertinent given the way engineer Ethan Johns has decided to populate the stereo panorama. Choosing to start the song with the acoustic guitar positioned well off to the right is already quite unusual, but then the cello and electric rhythm guitar both appear at the opposite stereo extreme, a mono reverb is added to the vocal, and the drums and bass also arrive practically in mono later on. The overall impression, therefore, is that there’s something of a gulf in the image at the mid-left and mid-right positions, which only seems to be filled sporadically by the massed backing vocals. While this outcome represents a perfectly valid aesthetic decision (Johns is by no means the only high-profile engineer who prefers the no-nonsense sonic clarity of stark L/C/R contrasts), I’ve personally found this approach tricky to carry off convincingly in the digital domain without adding some kind of additional ‘bonding agent’ in place of the tape hiss.

From a technical perspective, this kind of panning scheme has pros and cons. As I see it, the main practical advantage of hard-panning comparatively narrow sound sources like this is that the tone of the production ends up translating exceptionally well to mono. It stands to reason, of course, because this mix doesn’t heavily feature opposition-panned stereo mic pairs or wide stereo effects returns, which are usually the most common causes of inter-channel phase/polarity differences. (However, this feat is also testament to the producer’s experience in choosing and processing the sounds, because he hasn’t simply relied on the stereo separation to keep them clear of each other — even in mono, all the parts remain nicely distinct.) The trade-offs, though, are that anyone hearing just one channel will experience quite a different texture depending on which side they can hear, and that the guitars and cello also take quite a dive in mono, level-wise, by comparison with the vocal, bass and drums. You pays your money, you takes your choice.

And what a great vocal performance this is! From the too-low-on-purpose opening (eat your heart out Lana Del Rey) through to the fantastic falsetto tone at 2:15, 2:20, and elsewhere – I can’t believe that the projection of the latter is simply a question of mic technique or fader rides. I’m not a tremendous fan of the way her voice layers up later in the song, though, because the same kind of throaty rasp that makes the lead cut through so well on its own becomes a bit too lascerating when compounded by the backing vocals from about 3:20 onwards.

That slight niggle notwithstanding, there are some lovely sounds here too. I really like the opening acoustic guitar for instance, which feels thick, earthy, and natural, without hyped EQ or overpowering soundhole resonance. The snare is also a phenomenon, displaying enormous sustain and cut-through without being too roomy – at least one compressor is working up a good old sweat to create that, I imagine!