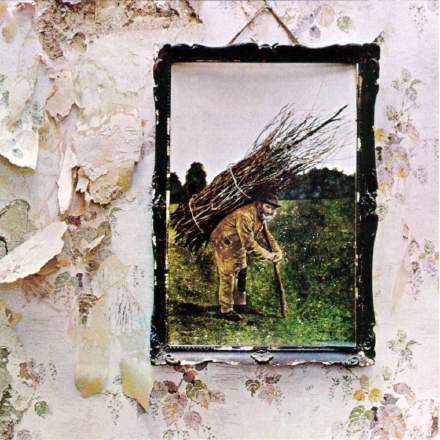 Much has been written about this classic rock production, and there’s no doubt that its gradual build-up of arrangement, tempo, and performance intensity is extremely effective — but the tuning doesn’t half make my flesh crawl! The main acoustic guitar is fine when it first comes in, but the recorder parts quickly start drifting flat against it. The treble E at 0:24 is the first one that feels rather sour, but it’s the F# at 0:28 and then the A at 0:52 that really give me the shivers. To a certain extent, the flatness is inevitable, because John Paul Jones is deliberately using very little breath in order to achieve a fragility of tone from those recorder parts, and recorders tend to lower in pitch if you restrict the air flow, but I’d have been tempted to slow the tape machine down a tad to compensate for that myself. Things only get murkier from then on, because it feels like Robert Plant can’t really decide what pitch information to follow some of the time, and he’s not exactly the most pitch-perfect singer anyway.

Things get a little better once the electric guitar replaces the recorders in the right-hand speaker at 2:15, although that part too is considerably flatter than the acoustic guitar on the left. The presence of the bass notes helps, I think, by making the harmony feel more rooted — as evidenced by listening to the stereo Sides component, from which the centrally panned bass is absent. However, even with the bass in the mix the end-of-phrase strummed chords (eg. 2:48 and 3:00) still set my teeth on edge. (It’s interesting to note, though, that these tuning issues are significantly less noticeable on headphones than on speakers, presumably because of the psychoacoustic ramifications of the left and right channels feeding their respective ears independently in that case, rather than mixing acoustically.)

One other thing that puzzles me a bit about this recording is the way the drums are presented in stereo. The first time you hear them is the opening fill at 4:18, which places the snare quite a bit to the right, the top tom further out to the right, and the mid tom in the centre with the kick — in other words, roughly an ‘audience perspective’ view. So what’s the hi-hat doing way off to the left with the ride? I can see the reasoning on purely aesthetic grounds, as a means of balancing the right-leaning snare with the left-leaning hat to create a balanced image, but it’s still rather odd.

I also find it a bit disconcerting the way the two crash cymbals both drift off towards the left-hand side as they decay — check out the two isolated hits at 5:32 and 5:40 to hear this most clearly, but the same thing happens throughout the heavy section afterwards, which makes me reluctant to believe that it’s someone’s hand intentionally tweaking a pan control at mixdown for the benefit of more chemically enhanced listeners! A brief bit of research on my part didn’t turn up anything very concrete about how the kit was miked for this song, but I wonder whether cymbal spill on that left-panned hi-hat mic might have been the culprit here — if the mic were being heavily compressed, the gain-release action could conceivably increase the apparent level of the cymbal tail on that side of the mix, thereby generating the dynamic panning effect.