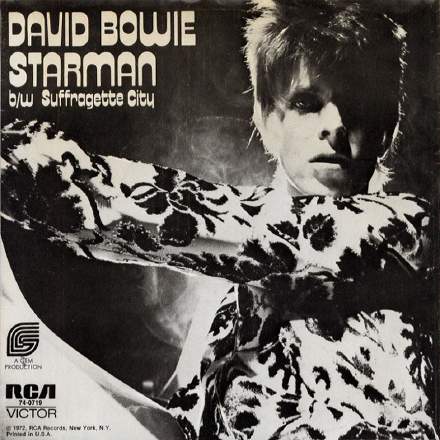 As befits a song with the line “hazy cosmic jive” in it, this production is replete with sonic oddities. To be fair, the super-damped, close-miked drums and wafer-thin cymbals were fairly commonplace in productions of the era, but I’ve always found such wide tom panning a strange listen, especially from an audience perspective, as it is here, with the low tom hard left — after all, the only person who normally appreciates that kind of panning width on drums is the drummer, not the audience. And take another listen to the acoustic guitar in the right-hand channel during the introduction. That’s a load of pick noise in there! But of course it’s an indication of the production acumen at work here that such individualistic sounds slot together in the way they do. So, for example, with the cymbals so low in the balance, the pick noise from the two guitars ends up filling that arrangement role in a manner akin to stereo percussion; and the claustrophobic closeness of the miking on both the drums and the acoustic guitars maximises the arrangement contrast when the more expansive string and electric-guitar sounds enter later in the song.

In addition, though, there are a couple of fun little technical details to be discovered. The first is just before the first drum fill at 0:19, where the left-hand side of the stereo image seems to dry up about a second before the first drum hit. I wonder whether, in the absence of a right-channel guitar double-track during the introduction, the mix engineer (the legendary Ken Scott in this case) decided to even up the stereo balance by manually fading up the left-hand channel of the plate reverb before the start of the track, and what we’re hearing is him fading it back down to a more appropriate mix level a little too early before the drum fill. Whether by luck or design, though, I rather like the way this creates a sense of momentary vacuum in the texture, as if the production is holding its breath briefly in anticipation of the drums' arrival.

The second thing that piqued my interest was that Ken Scott has mentioned in interview that he only remembers mixing one version of this song, but there are two different versions available: an album version and a single version, the latter featuring a much higher level of the phased piano/guitar pre-chorus fills at 0:51 and 2:10. To investigate, I loaded the 2012 remasters of both versions into my DAW, matching both the playback speed and polarity (inexplicably inverted in the single version) and, judging by the nature of the phasing artifacts between them, I suspect that both are in fact the same mix, except that the single version has had both those aforementioned two-bar sections spliced into it from a different mix. Indeed, if you examine the waveforms at the starts of both those choruses, it appears that an orphaned fragment of extra transient has been spliced in from the alternate mix just before the downbeat, and in the second case you can clearly hear its little ‘pop’ in the left-hand channel (at 2:15). Moreover, while I had the editing scissors out, I discovered that the first and second two-bar fills phase against each other if you line them up, whether you try it with the album or single versions — in other words, it appears that the second fill is a copy of the first in both mixes.