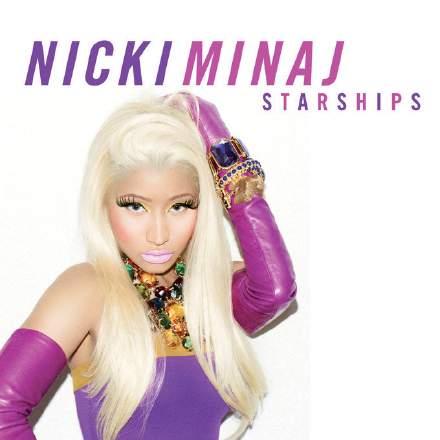 Of all the ways to remove expletives from a track for chart release, editing the final mix to reverse the offending segments is probably my least favourite. And rarely have I heard it applied so destructively as in this track, where the instances at 1:32, 1:33, and 1:45 really kcuf with the groove. This seems pretty self-defeating in any kind of club tune, even given the shaky justification that the rhythmic hiccups operate as little bits of ear-candy in their own right.

That aside, though, I was struck by the way that the opening riff’s pumping-style envelope modulation craftily signposts that we’re not listening to, say, a bubblegum guitar record, long before any of the other arrangement additions actually indicate the stylistic backdrop decisively. I also think that the heavily detuned (practically out of tune, in fact) shouty rave-fest first heard at 1:09-1:24 is an inspired move, conjuring a fantastic image of sweaty moshing for that section! In the current chart climate, it’s so easy to get into the habit of expecting everything to be in tune all the time, so it’s wonderful to be served such a forceful reminder that wonky tuning can also bear creative fruit.

There are couple of little comparisons that are worth making between this track and other commercial releases. Firstly, it’s interesting to compare it with Azealia Banks’s ‘212’, which is also massacred by its profanity-removal methods, although in that case it’s just because so little remains after they’ve muted all the swear words! It’s also worth noting the way the ‘Twinkle Twinkle Little Star’ quotation is used on the root note here, the ‘easy option’ so effectively eschewed by Gotye in his 'Somebody That I Used To Know'.