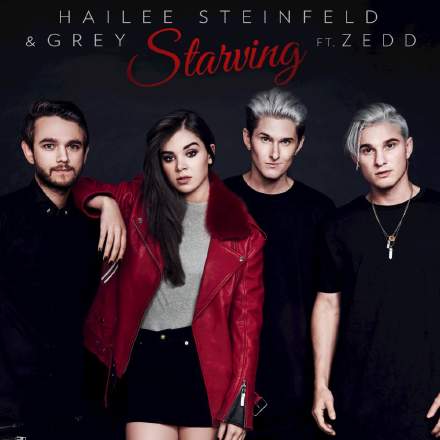 What a stellar opening lead vocal sound! Listen to those low mids, for instance, which manage to be as full and warm-sounding as you’d ever want, but never get overbearing. Many project-studio productions struggle with this, because of singers moving around while singing and causing variations in the proximity-effect bass boost of a cardioid vocal mic. Perhaps Steinfeld’s one of those rare singers who sings while standing still, or she’d been gaffer-taped to the pop shield (how often have we all wished we could do that?), or a mic was chosen that didn’t have much proximity effect (an omni, for example), or the producers simply footled around with dynamic low-mid-range processing/automation to even things out at mixdown… Whatever it was, it worked! And at the top end things are no less beautifully controlled, with plenty of breathiness and intimacy, but alongside consonants and sibilants that have been carefully restrained.

But what really makes this a class act is how Steinfeld’s different vocal deliveries are balanced against each other. To pick just one example, check out the line “the more that I know you the more I want to” at 0:19. The first four words have the breathy chest voice that’s already been well establish in the song’s opening lines, but for “know you” she drives her voice more powerfully, creating much more strident mid-range harmonics and less breathiness, and then “the” switches momentarily into a much breathier head voice, before returning to the opening vocal character. From experience, I know how difficult it can be to balance these kinds of vocal timbre changes so that the musical line sounds even, but here it’s managed effortlessly. Again, maybe it’s just Steinfeld’s singing technique we’re hearing, but if you ask me, there’s been some detailed mixdown processing of individual words and phrases — things like taming resonances on the harder-sung lines, boosting mid-range on the head-voice moments, and detailed fader automation.

Beyond that, there are many other creative production moments to relish. The ‘heartbeat in the backing track’ sound-effect conceit is surely old enough to need a pacemaker by now, but here under the “you make my heart beat faster” line it’s revitalised by being built into a 3/16th-based rhythmic fill with preparatory ‘tape rewinding’ transition. There’s masses of subtle ear-candy too, from the stereo ‘suspicion of raindrops’ behind the acoustic guitar intro, to the ‘oops, dropped my keys!’ one-shot at 0:18, to the ever-shifting constellation of ghost notes, glitches, and mouth percussion that twinkle around the main chorus beat. And wouldn’t you have expected something fizzier-sounding, if I’d whispered in your ear at the end of verse one “…here come the synth stabs”? Yet what we actually get makes perfect sense mix-wise, leaving ample room for all that glittery percussion detail.

And finally, notice that the song features no middle section at all — it’s just verse, chorus, verse, chorus. That it manages to last to three minutes is largely thanks to the commercially savvy technique of repeating the chorus material with such a different arrangement that it feels almost like a whole new musical section.