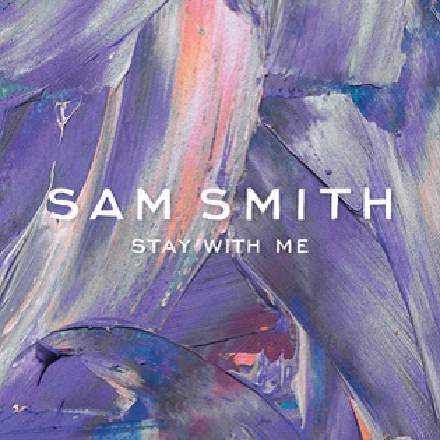 This is an interesting vocal, because it’s a lot warmer and cloudier sounding than you’d expect on a chart record — exactly the kind of low-mid-range-heavy sound you’d expect of a handheld dynamic mic right up against the singer’s lips. Many engineers would high-pass filter towards a more natural tonality, to avoid a muddy combination with the lower spectrum of other instruments, as well as to keep the vocal from making the rest of the arrangement sound small and anaemic by comparison. However, the advantage of this kind of timbre is that it imparts a real intimacy to the vocal performance, especially when combined with the delicate performance style and ‘I’m on the pillow right next to your ear’ emphasised high-end breathiness.

What’s clever here is the way the production makes space for all this low-end lead-vocal energy. The piano’s chord voicings are extremely simple and clear for a start, leaving a fair deal to the listener’s imagination rather than filling in too many gaps in the texture, and this clarity is only improved by a spectral suckout in the critical 100-300Hz region — whether by virtue of instrument choice, mic positioning, or post-recording processing. The choice of high percussion for the song’s backbeat is canny too, as it prevents the snare-versus-vocal battle many commercial productions have to deal with. Once the bass arrives it stresses mainly its fundamental and first harmonic, a move that’s shrewdly judged, because it keeps it well clear of the vocal warmth region while still providing enough power around 100-200Hz to service smaller playback systems. On their own, I’d guess that the backing vocals aren’t the most pleasant-sounding bunch: rather thin and aggressive in the 2-3kHz zone. Crucially, however, we only ever hear them over the foundation of the lead-vocal tone, which is pretty weak in this region, so the parts complement each other beautifully.

I love the way this production makes effective use of very limited harmonic resources. Fundamentally the whole song hangs around an old-as-the-hills VI-IV-I progression in the key of C, but various tricks are used to inject a subtle sense of momentum. Notice, for instance, how the third is missing from the root chord every fourth bar during the introduction and verses — a move which ‘hollows out’ the sound of the progression to match the delicately wounded/pleading lyrical content. The closure of the verse is then signalled by an almost imperceptible shift to a perfect cadence ( VI-V-I ) at 0:28, before the bass joins the texture for the first chorus. The chorus brings another subtle embellishment, breaking the harmonic rhythm for the first time with a new G chord on the last quarter-note of bar four, sowing the seed of expectation that a similar thing might happen in bar eight.

The highlight of the track for me is that this expectation is confounded when the bass instead falls a dimished fourth to G#, the first chromatic note of the song, delivering a first-inversion E chord, which momentarily pulls us towards the relative minor before returning once more via F major to C. A final little touch I like is the way Smith’s vocal line resolves the seventh of the E chord upwards to E in the following Am chord during the first two choruses, but then alters the line to resolve it to C instead at the end of the drop chorus at 2:21, which seems to give it a slightly stronger sense of ‘return’, as befits its late position in the song structure.