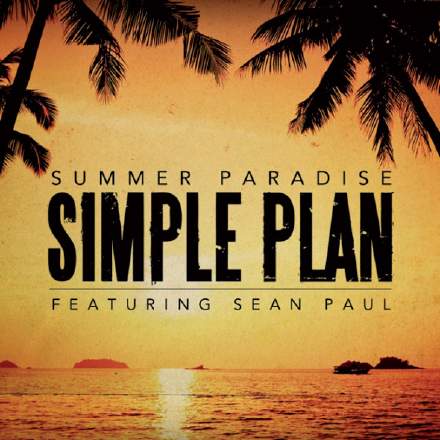 In mainstream pop, clear transmission of the lead singer’s melody, lyrics, and trademark mannerisms is paramount. When it comes to songwriting, ‘Summer Paradise’ may not be a work of high art, but it’s not for want of a highly crafted frame — because this is as good a model as any for students of pop vocal production.

First, the vocal editing is first-class. The pitching is absolutely nailed down, in line with stylistic expectations, but care has nevertheless clearly been taken to retain selected expressive contours within the performance. Check out “can’t believe I’m leaving” at 0:25, for instance: the pitch centres may be extremely regimented, but not at the expense of the little up-sweeps on “-lieve” and “leav-". Timing is also very tightly controlled, not only between the vocal line and the rhythmic backing (notice the breaths, in particular), but also between the multitracked vocal layers, to give that characteristic smooth texture to the chorus. I’m not trying to say that the result is in any way ‘natural’, but it feels completely on the money for this market.

The vocal level is also beautifully controlled, with every lyric coming through even in the least conducive listening environments: even if I deliberately mix in 0dBFS pink noise, clip the result by a further 6dB, and then restrict the frequency range to only three octaves, it’s amazing how well the singer survives! Heavy compression is clearly an important factor in the sound, but it’s a mistake to imagine that this is all there is to it. For a start, any compression fast enough to give such a dense vocal sound usually sends sibilance levels into orbit, but all the ‘s’ sounds are beautifully judged, not to mention other at-risk consonants such as ‘f’, ‘t’, and ‘sh’. Whatever recording and compression technique was used, a good de-esser will be involved, at the very least — but I wouldn’t expect anyone in a home studio to match these results without manual tweaking of individual phonemes at the editing and mix automation stages.

Putting vocals through this kind of post-production grinder in the name of harmonic/rhythmic inoffensiveness and mass-market transmission will inevitably leach a good deal of passion out of the performance, so if you go down this road you need to work hard to maximise what few expressive factors remain. Principal amongst these are contrasting arrangement/performance techniques and variations in the vocal timbre, and both are well represented here.

The contrast between the lead vocals of Pierre Bouvier and Sean Paul is the most basic device, but each vocalist also showcases a range of deliveries. Sean Paul’s speech/rap, for example, spans a range of intensities from the laid-back “tell ‘em” at 1:18 to more projected moments such as “rewind” at 2:58. He also sings during the main rap and multitracked “quick time girl” at 1:09. You’ll also find lots of nice little small-scale features if you explore Bouvier’s verses: the move from the breathier start of each line into a more forceful tone as the register rises is simple and effective, while a scattering of tonal ‘rough spots’ and the odd lapse into speech help rescue a vestige of emotional authenticity.

Another factor in the excellent vocal intelligibility is (as it usually is) the vocal arrangement. Notice in particular how the different vocals never overlap – all of Sean Paul’s interjections are slotted into the gaps in the Pierre’s vocal, so you never have to attend to two conflicting lyrics at once. Nice little quarter-note ping-pong delay on the vocal at 1:11 (and similar moments) too.