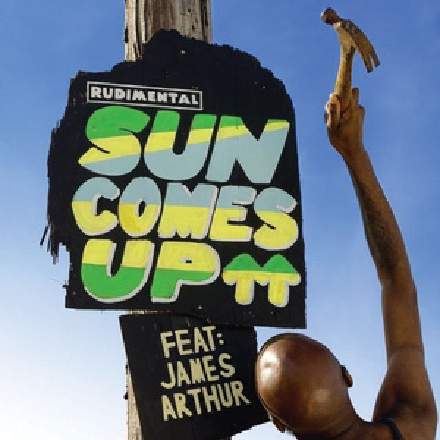 If you feel I was a bit hard on Lana Del Rey’s 'Lust For Life', and that it’s unreasonable to expect more punch out of the drums at this kind of loudness level, then I’d encourage you to give this Rudimental release a listen. Both tracks are mastered to a similar loudness level, but this production has masses more punch to its drums than Lana’s.

There are several reasons for this, in my opinion. For a start, Rudimental’s kick drum has a denser and more even distribution of frequency energy in the lower half of the spectrum, whereas the ‘Lust For Life’ kick relies heavily on generous doses of sub-80Hz woof, such that the drum’s impact all but disappears on any system that can’t put out serious low frequencies. But it’s not just a question of frequency response, because the lowest frequencies of the ‘Lust For Life’ kick drum seem to lag behind the rest, so it feels sluggish compared with the better-aligned spectrum of the Rudimental’s kick drum. Furthermore, the backing parts in ‘Sun Comes Up’ seem to interact more audibly with the kick-drum level, so the illusion of power is better retained at lower playback levels and on bass-restricted systems. As for the snare, the envelopes are like chalk and cheese, with Del Rey’s seeming squashed and edgeless when set against Rudimental’s, even taking the tonal differences between the two into account.

Now before I get hate mail from Lana’s fan club, I’m not trying to imply that ‘Lust For Life’ should sound exactly like ‘Sun Comes Up’ — that would clearly be comparing apples with oranges, because the artistic intent of each production is clearly different. But I do nonetheless think that Del Rey’s song would have benefited from a touch more of the fatness and punch that Rudimental’s drums showcase here.