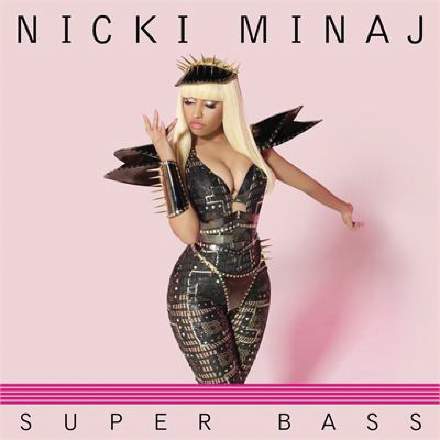 There’s lots to learn from Nicki Minaj’s rapping on this record, and from the brilliant daftness of the chorus vocal hooks, but what intrigues me most is the difference between the original version on the Now! 79 UK singles compilation, and the remastered version on her follow-up album Pink Friday. A/Bing both tracks into my DAW revealed that the album is roughly 3dB louder subjectively speaking. Even when you compensate for that, there’s a considerable tonal disparity: it feels as if the album version is down about 3dB below 200Hz, and is also tilted upwards from 1kHz by a decibel or so. Furthermore, almost all the vocals seem to be higher in level on the album version.

To summarise, then: on the album, the track is louder, brighter, and less subby than on the single, and it has louder vocals. That’s exactly the opposite of what I’d normally expect! Single versions are usually loud, brash and vocal-dominated, whereas album listeners are treated to more lows, a greater dynamic range, and a smoother high end that’s better suited to louder, wide-bandwidth playback. So what’s the thinking behind this? My best guess is that the success of the original version took Minaj’s production team by surprise, and that in the glare of publicity someone decided that it didn’t sound competitive sonically alongside other artists' records, especially in the light of its unforeseen pop-crossover appeal. If that guess is on target, those two versions may provide some practical insight into what the higher echelons of the industry do and don’t consider to be ‘radio friendly’.

I’m still left scratching my head, though. Whatever your thoughts about the aesthetics of the situation, it just seems odd to process the most successful track on the album to match the other less successful ones.